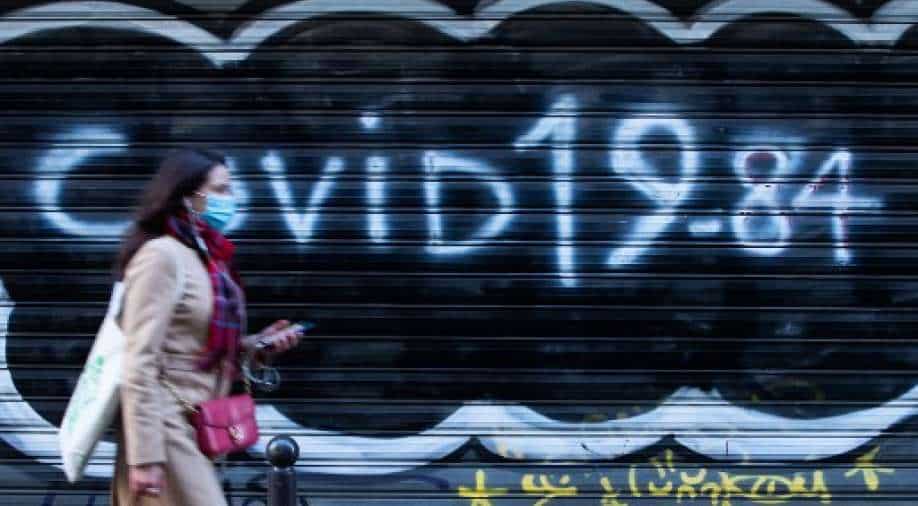 France's Health Ministry on Sunday said that it had detected eight cases of the Omicron variant across the country. This comes in after the government announced it would tighten restrictions. France is in the midst of a fifth wave of the virus. The Health Ministry recommended on Saturday the isolation of any contact person at risk of a possible case or a confirmed case of the Omicron variant, even vaccinated, in documents sent to establishments and health professionals. Photograph:(AFP)
Follow Us

France has been reporting over 1,800 infections per day as Fontanet asserted that "two doses of the vaccine can prevent 95 per cent of hospitalisations".

French government's scientific adviser said on Wednesday that the country could face a fourth wave due to a surge in cases caused by the Delta variant.

Professor Arnaud Fontanet said effort is being made to "make sure that this fourth wave does not add pressure on hospitals and lead to severe complications and deaths" while asserting the importance of vaccinations.

The government's scientific adviser warned that the Delta variant is more "transmissible" and "contagious".

"It is also, like the English variant more likely to cause severe forms. So infected people are more at risk to be hospitalised," Fontanet added.

Several virus clusters have reportedly been found in business areas and retirement homes as the French government moved not to limit events to 1,000 people, however, people would have to show proof of vaccination.

Sporting events have also been exempted with the 5,000 people limit taken off, but the government said there would be a cap on the summer music festivals which attract huge crowds.

France is set to reopen nightclubs on July 9 even as face masks remain mandatory in public places indoors and in crowds outdoors.

The country has been reporting over 1,800 infections per day as Fontanet asserted that "two doses of the vaccine can prevent 95 per cent of hospitalisations".

France has witnessed 111,086 fatalities due to the virus with over 5.8 million coronavirus cases.