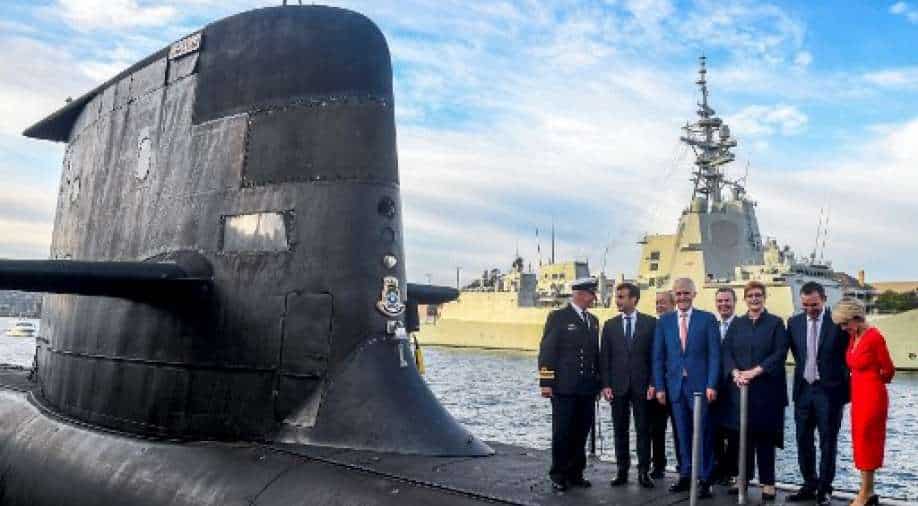 President Macron will be speaking to President Biden after the US, UK and Australia entered into a nuclear submarine deal angering France

Amid the row over scrapping of a nuclear submarine deal, the French government has cancelled a defence meeting with the UK set for this week, reports said.

The diplomatic crisis was triggered after the Biden administration along with UK PM Boris Johnson announced last week that they had entered into a deal with the Australian government on helping the country to manufacture nuclear-powered submarines.

PM Scott Morrison had announced last week that Australia would no longer work with France on acquiring submarines.

The announcement led to a full-blown crisis between France and Australia as the Macron government recalled its ambassadors from Washington and Canberra.

Reports claimed President Emmanuel Macron will be speaking to US President Joe Biden on the crisis, which has created fissures between the Western allies.

Morrison, while speaking on the deal, said that Australia had "deep and grave concerns" about French submarines while adding that he understood the French government's "disappointment" over the deal which has now been scrapped.

"I think they would have had every reason to know that we had deep and grave concerns that the capability being delivered by the Attack Class submarine was not going to meet our strategic interests," Morrison said.

The Australian PM added the decision was based on "strategic national interest" while asserting that he does not "regret" the decision.

Australia's defence minister Peter Dutton said the government was "upfront" about the deal with France.

Dutton informed that the American nuclear submarines do need charging while the French subs required to be charged which became a major roadblock for the Australian government.