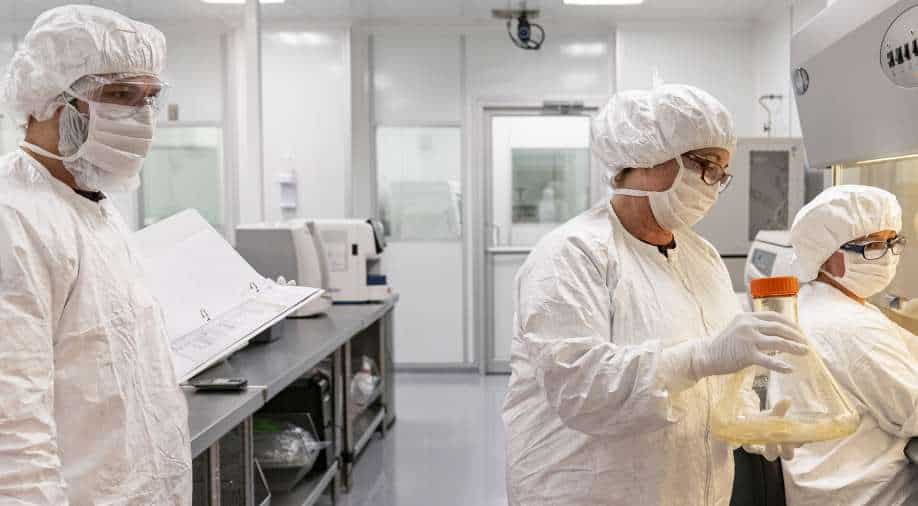 Little is known about omicron beyond its large number of mutations; it will be weeks, at least, before scientists can say with confidence whether it is more contagious early evidence suggests it is whether it causes more serious illness, and how it responds to vaccines

In a wrenchingly familiar cycle of tracking first cases, pointing fingers and banning travel, nations worldwide reacted Monday to the omicron variant of the coronavirus in the piecemeal fashion that has defined and hobbled the pandemic response all along.

As here-we-go-again fear and resignation gripped much of the world, the World Health Organization warned that the risk posed by the heavily mutated variant was “very high.” But operating once again in a vacuum of evidence, governments chose approaches that differed between continents, between neighbouring countries, and even between cities within those countries.

Little is known about omicron beyond its large number of mutations; it will be weeks, at least, before scientists can say with confidence whether it is more contagious early evidence suggests it is whether it causes more serious illness, and how it responds to vaccines.

In China, which had been increasingly alone in sealing itself off as it sought to eradicate the virus, a newspaper controlled by the Communist Party gloated about democracies that are now following suit as Japan, Australia and other countries gave up flirting with a return to normalcy and slammed their borders shut to the world. The West, it said, had hoarded vaccines at the expense of poorer regions, and was now paying a price for its selfishness.

In the United States, federal officials called Monday on vaccinated people to get booster shots. President Joe Biden sought to reassure Americans, saying that the new variant is “a cause for concern, not a cause for panic” and that his administration is already working with vaccine manufacturers to modify vaccines, should that prove necessary.

Also read | Omicron variant is 'cause for concern, not a cause for panic': Biden

“We’re throwing everything we have at this virus, tracking it from every angle,” the president said in an appearance at the White House.

In southern Africa, where scientists first identified omicron amid a largely unvaccinated population, leaders deplored the travel bans as ruinous and counterproductive to tracking the virus, saying they could discourage transparency about outbreaks. African officials also noted that because of the inequity in distribution of vaccines, the continent faces this latest variant with little to no protection.

But with vaccine deliveries to Africa becoming more reliable, some states looked to a vaccine mandate to curb the spread of the coronavirus. On Sunday, Ghana’s government announced that government employees, health care workers and staff and students at most schools must be vaccinated by Jan. 22.

Europe which has acted in unusual concert in barring travel from southern Africa, is speeding up booster shots in the hope that they will work against omicron, and adjusting or reconsidering a hodgepodge of social-distancing measures, even in restriction-resistant countries such as Britain.

“The lack of a consistent and coherent global approach has resulted in a splintered and disjointed response, breeding misunderstanding, misinformation and mistrust,” said Tedros Adhanom Ghebreyesus, the World Health Organization director.

The WHO convened a three-day special session to discuss a treaty that would ensure prompt sharing of data and technology and equitable access to vaccines. The European Union has pushed for the agreement to be legally binding, but the United States has balked.

The very proposal underlined that two years into a devastating pandemic that has killed millions, devastated national economies and robbed many of the world’s children of nearly two years of formative experiences, there is still no global plan for getting out of it.

As the largely vaccinated West clings to initial reports that omicron may cause milder illness and may be susceptible to vaccines, entire swaths of Africa remain essentially unvaccinated. Some nations, like South Africa, have sufficient doses but have struggled to distribute them. Others lack the freezers, logistical infrastructure and medical personnel to inoculate their populations.

That has given the virus plenty of time and bodies in which to multiply and mutate.

The travel bans are intended to buy time as scientists determine whether the mutations in the new variant will allow it to dodge existing vaccines. But they also seemed to suggest that core lessons from the early phase of the pandemic must be learned again: An infection discovered somewhere is likely everywhere or may be soon enough and a single case detected means many more undetected.

On Monday, Portugal reported 13 omicron cases, all tied to a single soccer team and Scotland reported six, while the numbers in South Africa continued to soar.

Experts warned that the variant will reach every part of the world, if it hasn’t already.

The leaders of the world’s top powers insisted that they understood this, but their assurances also had a strong whiff of geopolitics.

President Xi Jinping of China offered 1 billion doses of COVID vaccine to Africa, on top of nearly 200 million that Beijing has already shipped to the continent, during an address to a conference in Senegal by video link.

The Global Times, a Chinese tabloid controlled by the Communist Party, boasted of China’s success in thwarting virus transmission, and said the West was now paying the price for its selfish policies. “Western countries control most of the resources needed to fight the COVID-19 pandemic,” it read. “But they have failed to curb the spread of the virus and have exposed more and more developing countries to the virus.”

Biden said the United States had sent more free vaccines abroad than all other countries in the world combined. “Now we need the rest of the world to step up as well,” he said.

“The identification of the omicron variant in the southern part of Africa confirms the urgency to do more to vaccinate the population of the most fragile countries,” Italy’s health minister, Roberto Speranza, said at a virtual meeting of health ministers representing seven of the world’s wealthiest large democracies.

He called on those countries to help administer vaccines. “It is not enough to donate doses,” Speranza said.

Within a few days of seeing evidence of a new variant, South African scientists, who run the continent’s most advanced genomic sequencing labs, had identified it. Last Wednesday, they made their findings public.

After other parts of the world, including the United States and the European Union, responded with travel bans on southern Africa, South African officials protested that their country was being punished for its speed and transparency.

Responses to the coronavirus have been as varied as the nations that are threatened by it.

Israel, the first nation to block travel in response to omicron, granted its intelligence service temporary permission to monitor the phone data of people with confirmed cases of the variant.

In Italy, which has kept infections low with some of the most stringent rules in Europe, the country’s conference of mayors urged the government to impose a national outdoor mask mandate from Dec. 6 until Jan. 15, as crowds gather to shop for and celebrate Christmas.

Even Britain, which has taken a lax approach to mask wearing and other social-distancing measures, has stepped up its response in the face of omicron. The country introduced new mask mandates and new travel restrictions and appeared to soften its opposition to vaccine passports and requiring masks in restaurants. And Britain’s vaccine advisory board announced Monday that it is suggesting an expansion of the country’s booster program.

In Germany, already hard hit by the latest pandemic wave, fear of the omicron variant was palpable.

“It feels different from the first bits of information we got about the delta variant,” said Christian Drosten, a prominent German virus expert, describing himself as “pretty worried.”

On Monday, the German government announced that Angela Merkel, state governors and Olaf Scholz, who is to succeed Merkel as chancellor next week, had moved up a planned meeting about potential lockdown measures by nine days.

“We need to buy time,” said Karl Lauterbach, a member of the parliament and public health expert who is considered a strong candidate to be the new German government’s health minister, said on Twitter. “Nothing is worse than a new variant into an ongoing wave.”

The European Commission on Monday urged member states not to impose additional travel restrictions on their citizens.

In contrast to Europe’s patchwork of regulations, China has had a more consistent and plainer policy: It is essentially sealed off as it pursues a “zero COVID” strategy.

China has steadfastly kept a high wall against visitors from the rest of the world. Foreign residents and visa holders are allowed in only under limited circumstances, leading to concerns by some within the business world that COVID restrictions were leaving the country increasingly isolated.

Visitors must submit to two-week quarantines upon arrival and face potential limits on their movement after that. Movements are tracked via monitoring smartphone apps, which display color codes that can signal whether a person has traveled from or through an area with recent infections, triggering instructions to remain in one place.

In other parts of Asia, people are less focused on eradicating the virus than just surviving it.

“This news is terrifying,” said Gurinder Singh, 57, in New Delhi, who worried about his shop going under. “If this virus spreads in India, the government will shut the country again, and we will be forced to beg.”