For Asian women, racism and sexism are inseparable 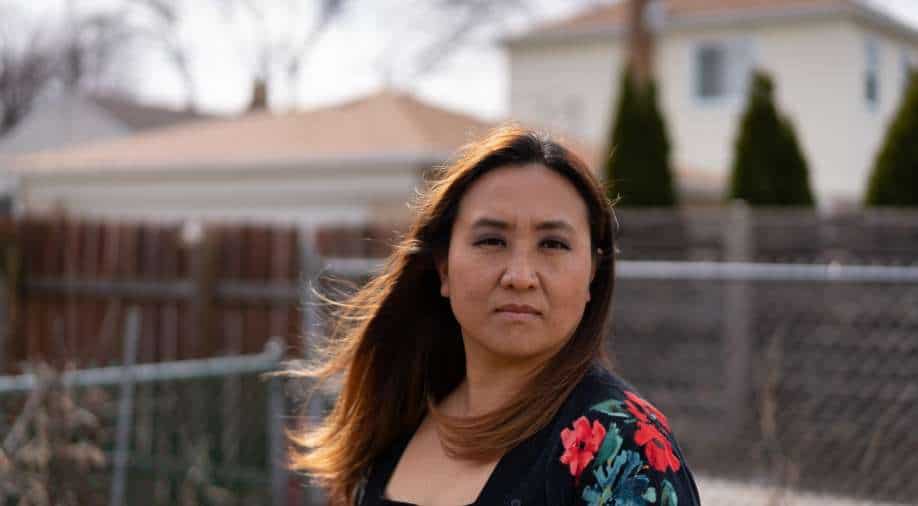 With reports of anti-Asian attacks surging after the Trump administration repeatedly emphasized China's connection to the COVID-19 pandemic, there is evidence that most of the hate, unlike other types of bias crime, has been directed at women.

After eight people, six of them Asian women, were fatally shot this week in a rampage near Atlanta, a law enforcement official said that in the gunman’s own words, his actions were “not racially motivated,” but caused by “sexual addiction.”

That suggestion was met with incredulity by many Asian American women, for whom racism and sexism have always been inextricably intertwined. For them, racism often takes the form of unwanted sexual come-ons, and sexual harassment is often overtly racist.

With reports of anti-Asian attacks surging after the Trump administration repeatedly emphasized China's connection to the COVID-19 pandemic, there is evidence that most of the hate, unlike other types of bias crime, has been directed at women.

“People on here literally debating if this was a misogynistic attack against women or a racist attack against Asians,” Jenn Fang, founder of a long-running Asian American feminist blog, Reappropriate, wrote in a scathing Twitter thread. “What if — wait for it — it was both.”

Baker’s briefing on Wednesday included an assertion that the accused gunman, who is white, had been having “a really bad day,” which many women took as yet another way of excusing violence against them. His comments were widely criticized, and he was found to have promoted sales of an anti-Asian T-shirt.

The Sheriff’s Office later said in a statement that Baker’s remarks were “not intended to disrespect any of the victims” or to “express empathy or sympathy for the suspect.”

But the apology seemed to do little to quell a sense that the authorities were missing the point.

“Law enforcement and society in general tends to really not understand how racism and hate and prejudice is directed toward Asian Americans, and certainly not understand how it’s directed toward Asian American women,” said Helen Zia, an activist and author who has tracked anti-Asian violence. “So the instant reaction is generally to discount and dismiss it.”

There is a long history of misogyny and violence directed specifically at Asian women by men of all races — including Asian men. Asian American women have long been stereotyped as sexually submissive, portrayed in popular culture as exotic “lotus blossoms” and manipulative “dragon ladies,” or as inherently superior to other women in a way that erases their individuality. They have been subjected to backlash for any failure to conform to those stereotypes and trolled for choosing non-Asian partners.

Despite vast economic inequality among Asian Americans, they are often assumed to be accomplished, financially successful members of a “model minority,” a fabrication sometimes used to denigrate other racial groups by contrast.

Sung Yeon Choimorrow, executive director of the National Asian Pacific American Women’s Forum, an advocacy group, said that when she first came to the United States to attend college in 2000, she was “stunned, dumbfounded, horrified” by the way she was frequently approached by male strangers who professed to love Korean women.

The men, she said, ranged in age from the very young to the very old, and seemed never to understand that their attention was not flattering. “I’ve experienced racism. I’ve experienced sexism. But I never experienced the two like that as I have when I came to the United States.”

She said many Asian American women viewed Tuesday’s shooting rampage as the culmination of this racialized misogyny.

“I’m telling you, most of us didn’t sleep well last night,” she said. “Because this was what we had feared all along — we were afraid that the objectification and the hypersexualization of our bodies was going to lead to death.”

Federal data suggest that across the country, the victims of most violent hate crimes are men. Yet a recent analysis by a group called Stop AAPI Hate, which collects reports of hate incidents against Asian American and Pacific Islander communities, said that out of nearly 3,800 incidents recorded in 2020 and 2021, more than two-thirds of the reports came from women.

Hate crimes against Asian women are almost certainly undercounted, and Zia said one reason is that those with a sexual dimension tend to be classified as sex offenses, in effect erasing the racial aspect. Stereotypes of Asian women as submissive may embolden aggressors, she said. “We’re seen as vulnerable,” she said. “You know — the object that won’t fight back.”

Very little is known about the motives of the Atlanta gunman, but organizations that track hate crimes have paid increasing attention to misogyny as a “gateway drug” to other types of extremism, such as violent racism, in the wake of mass shootings at yoga and fitness studios frequented by women and the slaughter of 10 people in Toronto in 2018 by a self-described “incel,” or involuntary celibate.

The deaths of 77 people in Norway in a shooting and bombing attack in 2011 were widely portrayed as a result of right-wing extremism, but the attacker, Anders Breivik, also viewed feminism as a significant threat.

In 2018, the Southern Poverty Law Center and the National Consortium for the Study of Terrorism and Responses to Terrorism began to track what they call male supremacist terrorism, fueled by aggrieved male entitlement and a desire to preserve traditional gender roles, according to a brief by the International Centre for Counter-Terrorism. The Anti-Defamation League published a report called “When Women are the Enemy: The Intersection of Misogyny and White Supremacy.”

Kyeyoung Park, a professor of anthropology and Asian American studies at the University of California, Los Angeles, said Asian immigrants have historically been viewed exclusively through the lens of their labor or businesses.

In the case of the spas in Georgia, she said capitalism based on racial exploitation has been intertwined with the sexualization of Asian women, and particularly Korean women, over many decades. The police have not said whether any of the three spas had ties to sex work.

“I think the origin of these massage parlors can be traced back to Korean War brides and military wives,” Park said.

Overseas, poverty and the privations of war gave rise to a prostitution industry that provided inexpensive sex to U.S. servicemen in Korea, the Philippines, Thailand and Vietnam, compounding stereotypes of Asian women as exotic sex objects or manipulators trying to entrap American husbands.

Sexual imperialism was not limited to Americans; the Japanese also forced Chinese, Filipino and Korean women into prostitution as so-called “comfort women” in the 1930s and ’40s.

Many women who were in the sex trade were brought to the United States as brides, and some of them who were later separated or divorced from their husbands started massage parlors, a history that likely helped shape a perception of all Asian-run spas as illicit and the women who work in them as sex workers, Park said.

Divorced from their origin, those lines have become a come-on used in what Ellen Wu, a historian at Indiana University Bloomington and author of “The Color of Success: Asian-Americans and the Origins of the Model Minority,” called a “racially specific type of catcalling.”

“A few words pack an entire history into a sentence,” she said.

Several advocates said they had spent the last year combating the notion that hate and violence against Asian Americans, and particularly Asian American women, were something new.

“There are many women who have died because of sexual violence directed at them that was also racialized, but it has never been at the scale where the whole country is watching and talking about it,” Choimorrow said. “And what really upsets me is that it has taken something this tragic for me to be able to tell the story.”