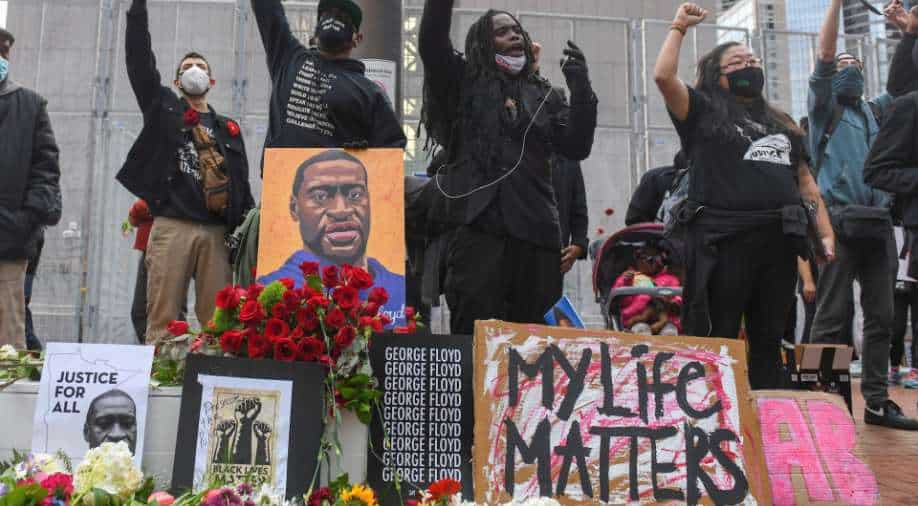 Chauvin, who is white, was fired from the Minneapolis police department the day after the death of Floyd, a 46-year-old Black man. He has pleaded not guilty to second-degree murder and manslaughter.

Five jurors were seated by the end of the second day of jury selection in the trial of Derek Chauvin, the main accused in the death of George Floyd during an arrest that caused international outrage.

Chauvin, who is white, was fired from the Minneapolis police department the day after the death of Floyd, a 46-year-old Black man. He has pleaded not guilty to second-degree murder and manslaughter, and stood politely each time his lawyer introduced him to potential jurors in court. A bystander's video showing him with his knee on the dying Floyd's neck for nearly nine minutes last May, however, told a different story.

Three jurors were seated on Tuesday after saying they could put aside their misgivings about Chauvin: A white man who is a chemist at an environmental testing lab; a woman who appeared to be of mixed race who said she was “super excited” to serve on a jury; and a white man who works as an auditor.

Two more jurors were seated on Wednesday during the second day of jury selection.

Judge Peter Cahill of the Hennepin County District Court had set aside three weeks to screen jurors. The judge has promised all jurors anonymity for the duration of the trial.

Potential jurors last year received an unusually detailed 16-page questionnaire seeking their thoughts on the case and whether they thought there was racism in the criminal justice system. Asked about their view of Chauvin, many replied they disapproved, which did not surprise his lawyers.

On Friday, the Minnesota Court of Appeals ordered the judge overseeing the trial to reconsider the prosecution's request that Chauvin face an additional charge of third-degree murder.

Chauvin's lawyers asked the Minnesota Supreme Court to review that order, but the court said on Wednesday it would not intervene. Judge Cahill said he would discuss the charge with the attorneys on Thursday before resuming jury selection.

Chauvin's lawyers say he stuck to his police training and did not use excessive force when he was arresting Floyd on May 25 on suspicion of using a counterfeit $20 bill to buy cigarettes.

Chauvin, 44, was released from jail on a $1 million bond in October and is being tried in a courtroom in the Hennepin County Government Center, a tower in downtown Minneapolis now ringed with barbed-wire fencing and concrete barricades.