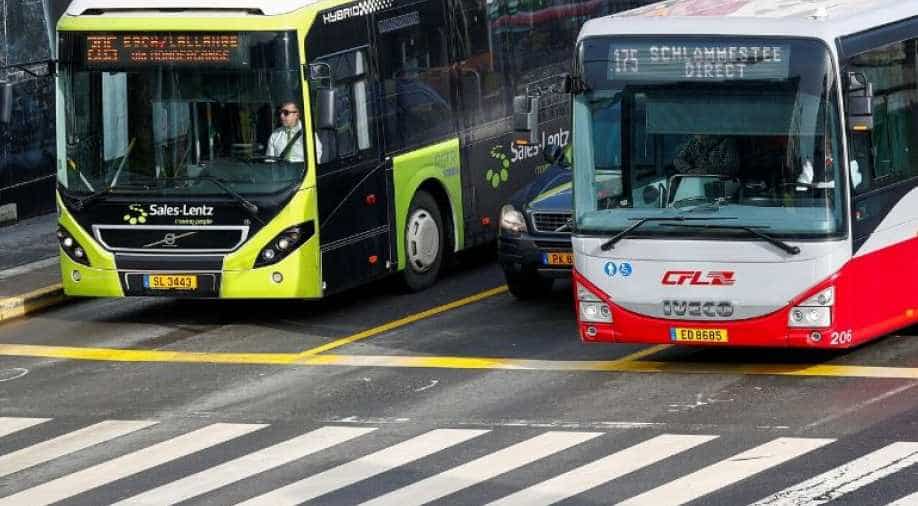 Buses and a car are seen in central Luxembourg Photograph:(Reuters)
Follow Us

The exception to the free-for-all public transport system will be first-class travel on trains and certain night bus services.

Luxembourg has become the first country to grant free access to public transport to its citizens.

The country abolished fares for trains, trams and buses in a bid to tackle road congestion and pollution, as well as supporting low earners.

All standard-class journeys on public transport in the tiny and wealthy European country are now free of charge.

Also read: The city where cyclists are unwelcome

“The main reason is to have a better quality of mobility, and then the side reason is clearly also environmental issues,” he added.

"The scheme applies to residents, cross-border commuters and tourists alike," he also said.

The move will affect approximately 40 per cent of households and save each one about €100 per year.

Luxembourg has just over 600,000 inhabitants, but 214,000 more travel in for work every day from neighbouring Germany, Belgium and France, causing heavy traffic jams as the majority of workers commute by car. More than half of Luxembourg’s greenhouse gas emissions come from transport.

The exception to the free-for-all public transport system will be first-class travel on trains and certain night bus services.