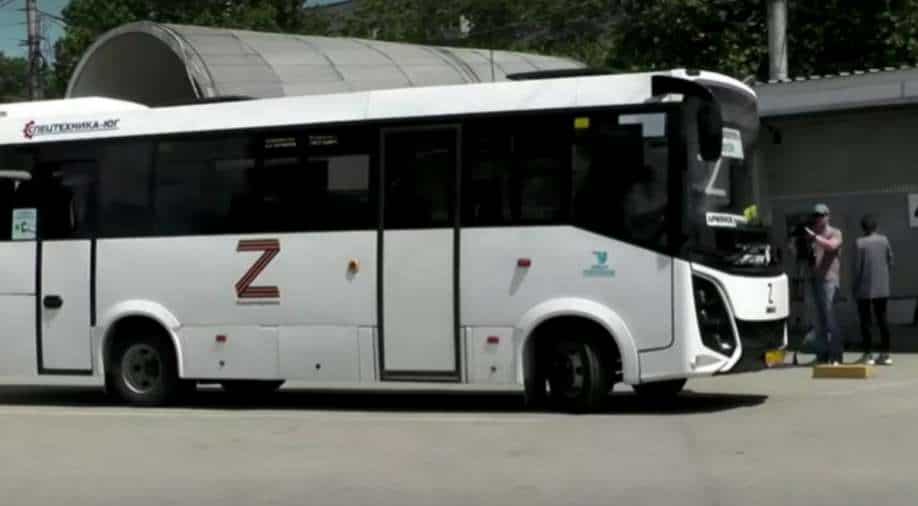 Pro-Russian authorities have started bus service between Russia-annexed Crimea and Kherson and Zaporizhzhia in southern Ukraine. Some of these buses were seen arriving at a bus station in Crimea. These authorities had declared a few days ago that bus and train services will be started between Crimea and Russian-held territories from July 1.

"Starting from July 1, regular bus and train services between Crimea and the regions of Kherson and Zaporizhzhia will be launched for the first time in eight years," Sergei Aksyonov, the pro-Moscow head of Crimea, said on messaging app Telegram on June 29.

Members of Russia's National Guard will ensure the safety of travel, he added.

The pro-Moscow administration of the Kherson region also announced the opening on Wednesday of a branch of Russian Pension Fund responsible for paying state pensions.

These self proclaimed authorities have also announced establishment of a Russian office to register births, deaths and marriages. Officials in some regions have also begun issuing Russian passports early last month.

The southern Ukrainian regions of Kherson and Zaporizhzhia have been largely under Russia's control since the first weeks of Moscow's military intervention, and are now being forcefully integrated into Russia's economy.

Russia annexed the Black Sea peninsula of Crimea from Ukraine in 2014.

A growing chorus of Russian and pro-Moscow officials have indicated Moscow intends to remain in the Kherson region and large parts of Zaporizhzhia it controls.