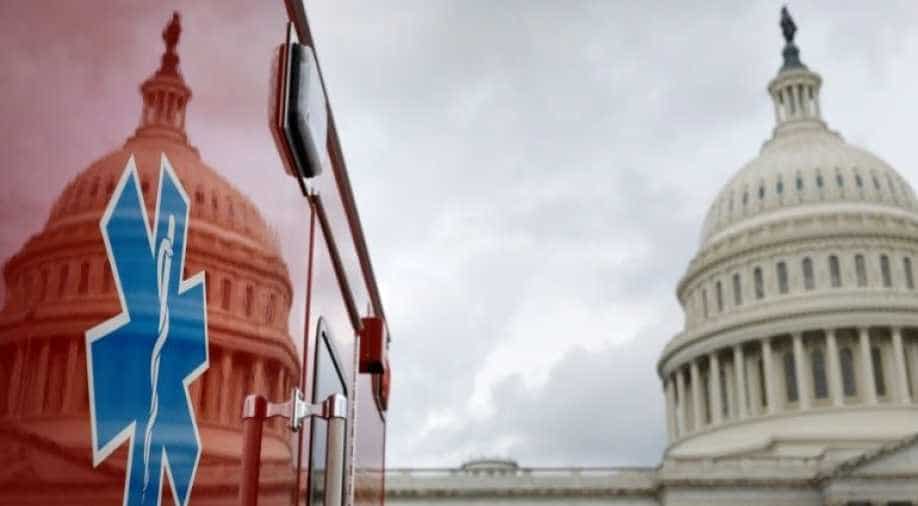 The US Capitol Building is reflected against an ambulance along the East Front on Capitol Hill in Washington, US, July 16, 2020 Photograph:( Reuters )

As the Capitol Police geared up for their biggest test since the January 06 attack, smoke was seen rising out of a building near the Capitol building in Washington DC.

A far-right rally named "Justice For J6" is scheduled to take place in Washington DC on September 16 in which hundreds of people will take to the roads to show solidarity with the people who were arrested for participating in the January 06 riot.

Learning from the previous massacre-like situation, the Capitol Police re-installed security fencing all around the Capitol to keep protestors away from the high-security area. New and improved surveillance cameras were also set up in the area to closely monitor the protestors.

While the initial reports suggested that smoke was seen rising from the Capitol building, DC Fire and EMS tweeted that fire had broken out in a building on 7th & D Sts SW.

As per the emergency services, the fire broke out on the roof of a hi-rise building which is under construction. The fire is reportedly contained to the "roof and roofing materials on a building under construction". For now, 20 units and 100 personnel have been deployed to contain the fire.

No injuries have been reported yet.

The fire comes a few days after the 10th anniversary of 9/11 attack and a few hours before the pro-right rally in the same area.