Fire breaks out at overcrowded Moria migrant camp in Greece 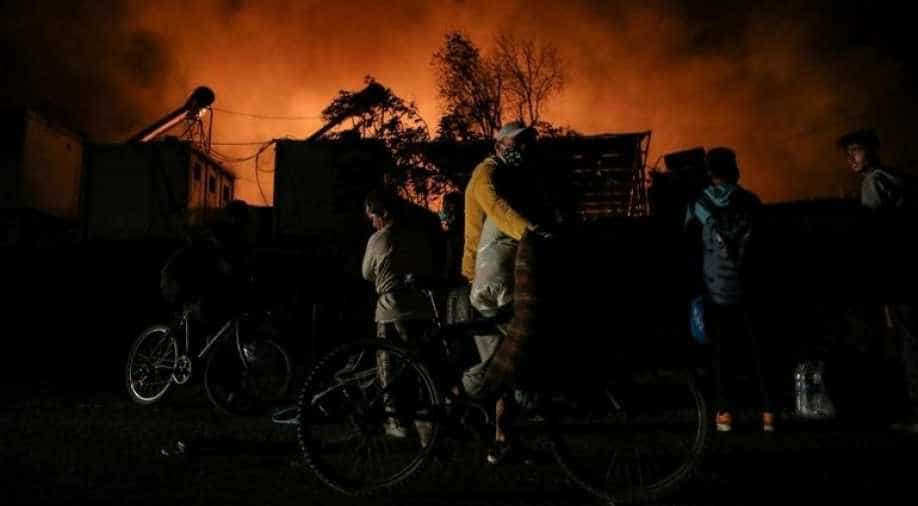 As of now, no injuries have been reported. However, several containers and tents were set ablaze by the fire

A fire broke out at the Moria migrant camp in the early hours of Wednesday. The camp is located on the island of Lesbos in Greece and is infamous for being overcrowded and its poor conditions.

Fire engines were rushed to the camp in the early hours of the day where migrants were seen standing outside with their luggage in hand. All the migrants were escorted out of the camp to a safe place.

As of now, no injuries have been reported. However, several containers and tents were set ablaze by the fire.

A detailed investigation will be carried out into what caused the fire, as the initial reports have failed to figure out the reason.

The Moria camp has a capacity of less than 2,800 people. However, at present, there are 13,000 people stuck there. Recently, aid groups Seebruecke, Sea-Watch, Campact and LeaveNoOneBehind organised a demonstration outside the german Parliament protesting against the poor living conditions of the migrants stuck in these camps.

To raise their voices against this inhumane treatment of the migrants, the protestors placed 13,000 chairs outside the German parliament building in Berlin. They also installed a mock stage with three chairs placed as a symbol for the chairs of German Chancellor Angela Merkel, German Interior Minister Horst Seehofer, and German Foreign Minister Heiko Maas.

The protests came after first case of coronavirus was reported in the camp. The number of cases has risen to 35 since then.