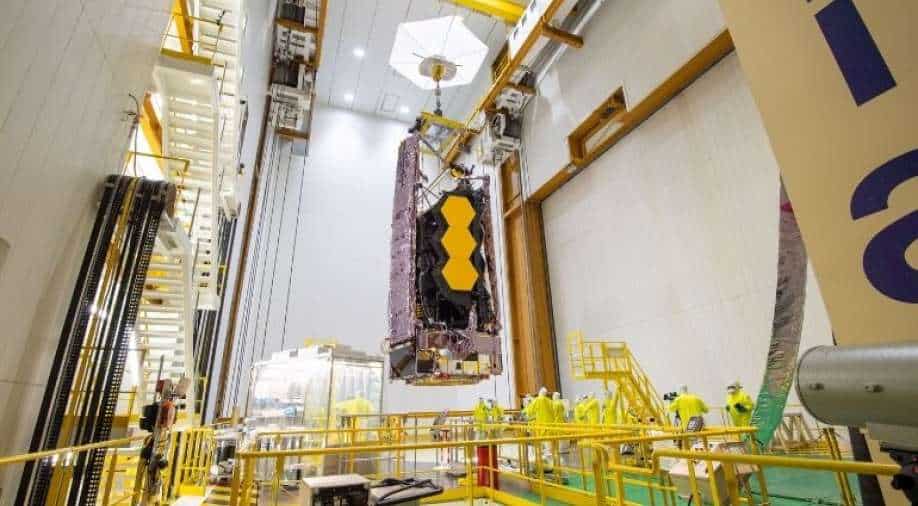 In what can be considered as a Christmas present for the world, NASA is looking to launch its new space telescope on 'Christmas Eve'. In the endeavour, a European Ariane rocket will lift $10 billion James Webb Space Telescope from French Guiana

In what can be considered as a Christmas present for the world, NASA is looking to launch its new space telescope on coming Friday, which also happens to be 'Christmas Eve'.

On Friday, NASA Administrator Bill Nelson said that the agency will blast off the $10 billion James Webb Space Telescope on December 24.

In the endeavour, a European Ariane rocket will lift it from French Guiana.

Considered to be the successor to the Hubble Space Telescope, the Webb was supposed to soar on Saturday.

This just in from the Kourou Spaceport: The team is still hard at work encapsulating the @NASAWebb telescope for launch. We will keep you posted. https://t.co/9bBxoy6IJD

At first, the launch was jolted by a clamp during preparations, which led to a four-day delay and then a bad communication link on the rocket postponed it by another two days.

After a last round of testing, US and European space officials signed off on Friday on the date of launch.

Liftoff has been scheduled for 7.20 am EST. Due to holidays, Nelson expects a small crowd at the launch site. "Since it's Christmas Eve, all the congressional delegations that were going down, all of that has evaporated," Nelson told The Associated Press.

On the mega project, NASA has partnered with the European and Canadian space agencies.

Nelson said, “There's so much riding on this."