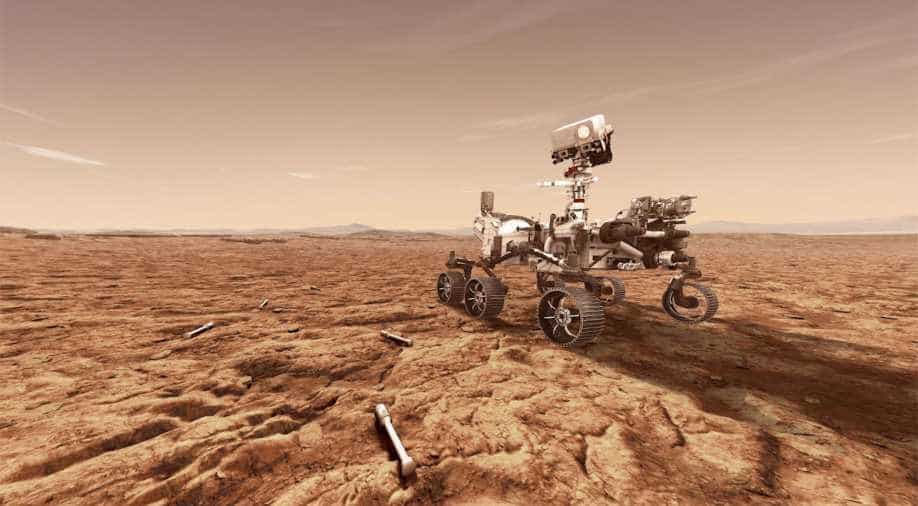 NASA has noted that the crucial findings will help in accurately dating the critical events in the history of Jezero Crater, as well as the rest of the planet

Is there water on Mars? Is there life on Mars?

These and several other questions have intrigued space scientists and common people on Earth for a very long time. Meanwhile, scientific advancements related to Mars missions have divulged stunning information, decoding the Red Planet.

The latest findings by NASA's Perseverance Mars rover revealed that the site where the explorer has been driving on since landing in February likely formed from red-hot magma.

NASA has noted that the crucial findings will help in accurately dating the critical events in the history of Jezero Crater, as well as the rest of the planet.

The bedrock of Mars's Jezero Crater, across which @NASAPersevere has rolled for nearly 10 months, appears to have been formed from red-hot magma—possibly from a long-dormant Martian volcano: https://t.co/eZTESCE59P pic.twitter.com/9FKcR6nXQd

Scientists who are studying the samples the latest findings said that the rocks in the crater have interacted with water multiple times over the aeons and that some contain organic molecules.

The findings were presented during a news briefing at the American Geophysical Union Fall Meeting in New Orleans on Wednesday (December 15). Perseverance Project Scientist Ken Farley of Caltech in Pasadena said, "I was beginning to despair we would never find the answer."

"But then our PIXL instrument got a good look at the abraded patch of a rock from the area nicknamed 'South Séítah,' and it all became clear: The crystals within the rock provided the smoking gun," he added.

ALSO READ | The other Corona: Know about the Sun's atmosphere 'touched' by a man-made probe for the first time

"A good geology student will tell you that such a texture indicates the rock formed when crystals grew and settled in a slowly cooling magma – for example a thick lava flow, lava lake, or magma chamber," said Farley.

"The rock was then altered by water several times, making it a treasure trove that will allow future scientists to date events in Jezero, better understand the period in which water was more common on its surface, and reveal the early history of the planet. Mars Sample Return is going to have great stuff to choose from!" he added.

How does Perseverance collect samples?

Perseverance rover is on a multi-mission - Mars Sample Return - as it is collecting Martian rock samples in search of ancient microscopic life. The mission seeks to bring select tubes back to Earth.

The samples will provide future scientists to study them with powerful lab equipment far too large to send to Mars.

To collect the sample, the drill at the end of Perseverance's robotic arm grind the rock surfaces to allow other instruments, such as Planetary Instrument for X-ray Lithochemistry (PIXL) to study them.