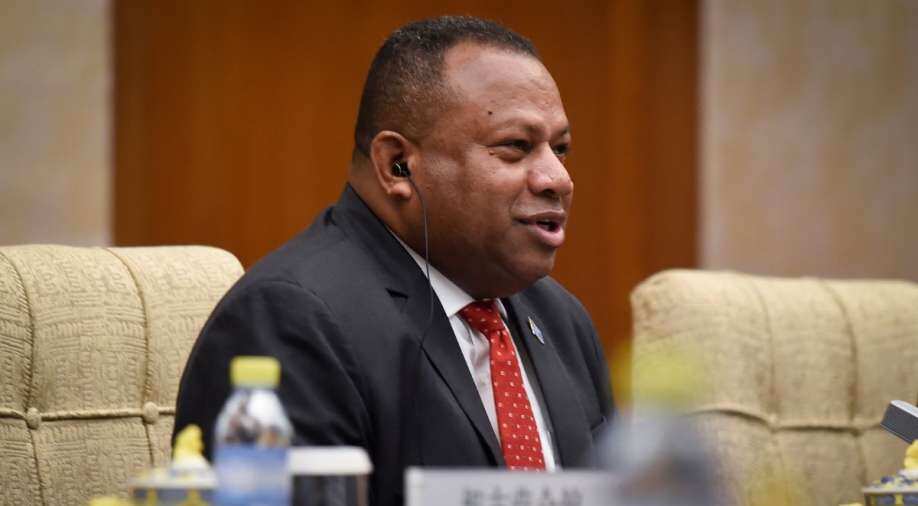 Fijian Defence Minister Inia Seruiratu sought to focus attention on the threat posed by climate change to his Pacific country, which is regularly hit by cyclones. Photograph:( Reuters )

Ahead of last year's key climate talks in Glasgow, Pacific states warned they were bearing the brunt of global warming and urged wealthy, industrialised nations to do more

Fiji faces its biggest threat from "devastating climate change" rather than conflict, the country's defence minister warned Sunday at a high-level security summit that has been dominated by geopolitical tensions.

This weekend's Shangri-La Dialogue, which brings together defence ministers from around the world, has seen sparring between Washington and Beijing over Taiwan while delegates also voiced concern about the Ukraine war.

It comes as Beijing jostles with Western powers for influence over Pacific island nations.

But Fijian Defence Minister Inia Seruiratu sought instead to focus attention on the threat posed by climate change to his Pacific country, which is regularly hit by cyclones.

"Machine guns, fighter jets, ships... are not our primary security concern," he told hundreds of delegates at the event in Singapore.

"The single greatest threat to our very existence is... human-induced, devastating climate change. It threatens our very hopes and dreams of prosperity.

"Waves are crashing at our doorsteps, winds are battering our homes, we are being assaulted by this enemy from many angles."

He said security was "broader than many of us have traditionally defined it", urging other countries to support Fiji's efforts to combat climate change.

Last September, Fiji passed a sweeping climate change act which declared a climate emergency while setting out the legal framework for the nation's response.

Low-lying Pacific island nations are some of the most vulnerable countries to climate change in the world. Threats range from cyclones that are becoming more regular and powerful, to rising seas.

Ahead of last year's key climate talks in Glasgow, Pacific states warned they were bearing the brunt of global warming and urged wealthy, industrialised nations to do more.

China has been vying for influence in the region with other nations, including Australia and the United States.

But Fiji was among 10 Pacific nations that last month rebuffed China's push for a wide-ranging security pact, in a high-profile political setback for Beijing.

While he avoided the topic during his address, Seruiratu was asked about it at a question and answer session afterwards.

He said people had asked him "everybody's coming to Fiji and courting you but when will you get married?"

"Let me say this. Marriage is about... an enduring relationship. Relationships must be enduring and built on trust."

Seruiratu also struck a conciliatory tone towards Beijing, despite the recent failed attempt to push its security pact.

"China is a key development partner, and that is a known fact. And that is accepted as well in the region," he said.