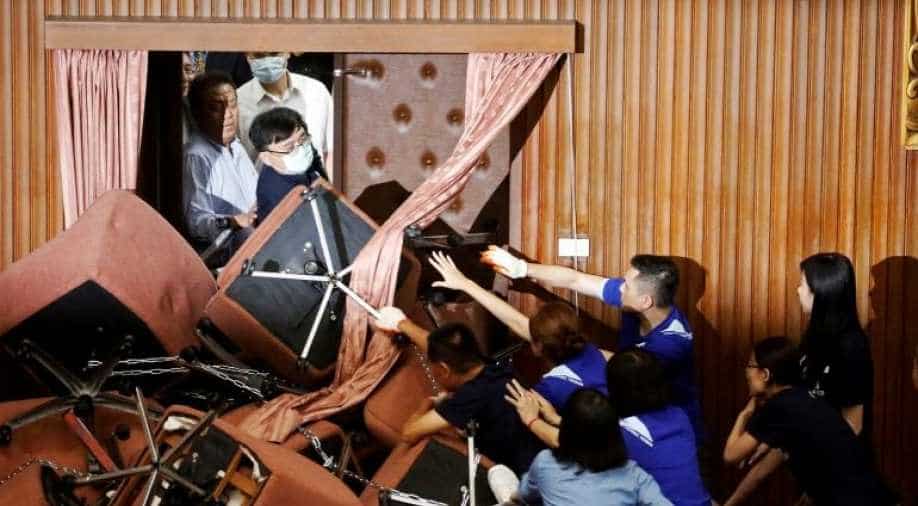 Over 20 lawmakers of main opposition Kuomintang (KMT) occupied the legislature overnight on Monday, installing chains and chairs to block entry to the main chamber

Taiwan's parliament on Monday witnessed vandalism and fighting after the opposition members occupied it in protest of what it called government "tyranny".

Over 20 lawmakers of main opposition Kuomintang (KMT) occupied the legislature overnight on Monday, installing chains and chairs to block entry to the main chamber. 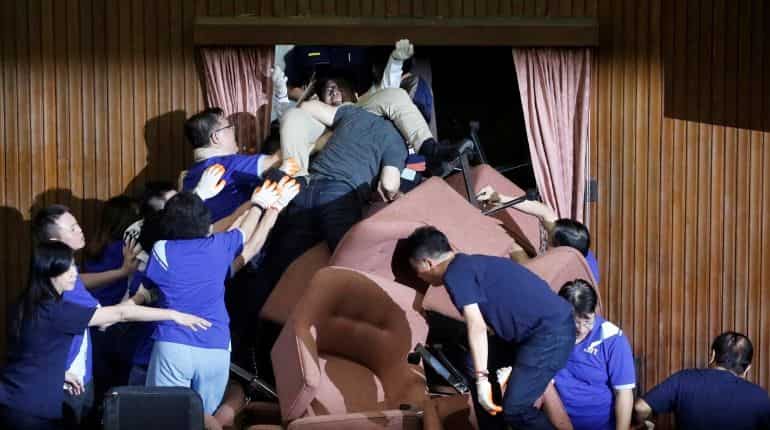 The opposition members said that the government was trying to force through legislation and demanded the president to withdraw the nomination of her close aide to a top-level watchdog.

The members of the ruling Democratic Progressive Party (DPP) on Monday morning removed the barricades and forced their way in.

There was a lot of scuffles and shouting between KMT and DPP lawmakers, however, KMT eventually withdrew the struggle, denouncing the violence used against them by the ruling party.

KMT, which favours close ties with China, said it was protesting against the government and President Tsai Ing-wen for forcing through bills.

They also opposed Tsai's nomination of her senior aide Chen Chu to head the Control Yuan, an independent government watchdog, describing the government "more tyrannical than before".

Protests and fights in Taiwan, which China considers its own territory, inside the parliament is quite common and in 2014 hundreds of students occupied parliament for weeks in protests, which were famously known as Sunflower Movement.