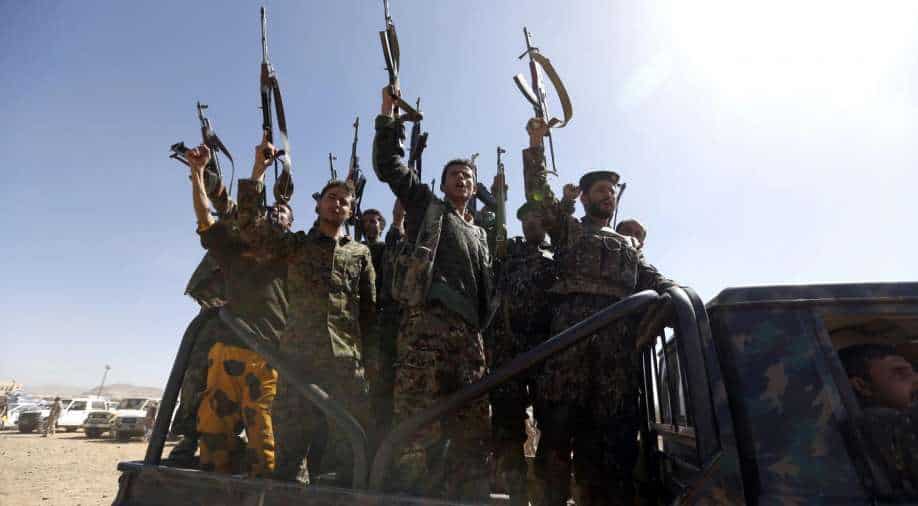 The fighting has killed tens of thousands and left some 80 percent of Yemenis dependent on aid, in what the UN calls the world's worst humanitarian crisis

The Iran-allied insurgents escalated their efforts to seize Marib, the government's last stronghold in northern Yemen, in February, and the fighting has killed hundreds on both sides.

Control of the oil-rich region would strengthen the Huthis' bargaining position in peace talks, but the battle has also raised fears of a humanitarian catastrophe, as many Yemenis had fled to the area to escape fighting in other parts of the country.

On Tuesday, loyalist officials told AFP that pro-government forces had repelled Huthi attacks north of the city in clashes that left 63 rebel and 27 loyalist fighters dead since Monday.

That came despite relative calm in recent weeks amid efforts by the United Nations and Washington to reach a ceasefire.

One loyalist official told AFP that Huthi attacks had hit a "high rate" since Monday.

Yemen's conflict flared in 2014 when the Huthis seized the capital Sanaa, prompting a Saudi-led military intervention to prop up the government the following year.

The fighting has killed tens of thousands and left some 80 percent of Yemenis dependent on aid, in what the UN calls the world's worst humanitarian crisis.

The war has also displaced millions of people and left the country on the brink of famine.

While the UN and Washington are pushing for an end to the war, the Huthis have demanded the re-opening of Sanaa airport, closed under a Saudi blockade since 2016, before any ceasefire or negotiations.

On Tuesday, Saudi Foreign Minister Prince Faisal bin Farhan said Riyadh was determined to "stop the war and move to the political track" -- but that this "has sadly not met with agreement from the Huthi side".

The outgoing UN envoy for Yemen Martin Griffiths last week told the Security Council his own efforts over the past three years to end the war had been "in vain".