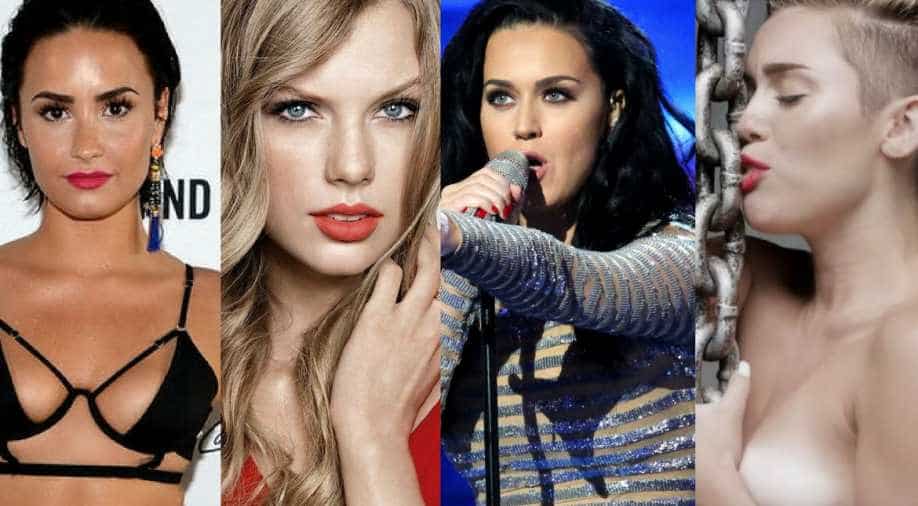 It's that time of the year when music artists all around the world start looking forward to their nominations to the prestigious American Music Awards (AMAs') held annually.

The nominations for the awards were announced on Thursday and unlike the previous years, the nominations are dominated by male singers across all major categories.

In pictures: Relive the 15 best moments from the AMA 2016

Bruno Mars is leading with eight nominations, including the top coveted award of the night -- Artist of the Year. He will compete singers Drake, Kendrick Lamar, Ed Sheeran, DJ duo The Chainsmokers -- all of whom have landed five nominations for the top award.

Thank you @AMAs and thank you to all my Hooligans voting right now. This album is for us! ???? pic.twitter.com/AQ1JCqtwiE

In what can be called skewed nominations, women singers have failed to get nominated in categories such as Artist of the Year, Video of the Year and Tour of the Year.

Pop star Halsey is among the only few female artists who have been nominated. She has been nominated for her collaboration with The Chainsmokers on the hit song “Closer”.

She tweeted after receiving her nomination about being "really disappointed" at the male-dominated nominees' list:

Really honored to have received an @AMAs nomination but really disappointed to hear near exclusively male names... such a missed opportunity

She went on to tweet that she hopes that the "future award shows would credit the work of female artists who released this year":

so many incredible female artists have released this year. hoping the coming award shows give them the credit that is due to them.

Halsey got nominated in two categories, in the favourite pop/rock song and collaboration of the year categories for “Closer,” but did not land any solo nominations despite having had a chart-topping album earlier this year.

Rihanna was another female artist who landed two nominations. She will be competing with Lady Gaga and newcomer Alessia Cara for favourite female pop/rock artist while facing Beyonce and Kehlani in the favourite female soul/R&B category.

those women are releasing such good stuff, creating new things and none of them are nominated, i am out #AMAs pic.twitter.com/73l4tHDPSC

The #AMAs are currently under fire for the lack of female nominees and the heavy male presence among the nominations. pic.twitter.com/jNJ3ceraMz

The AMAs' nominations have missed on several artists including Katy Perry, Miley Cyrus, Lorde, Demi Lovato, Lana Del Rey and Kesha, all of whom released new songs and albums this year. The list also misses Taylor Swift, who released a much-talked-about video in August for her single “Look What You Made Me Do.”

The AMA nominees are selected through measurements on fan interactions across Billboard Magazine and Billboard.com, which include figures from music sales, touring, streaming and radio airplay and social activity from Sept. 9, 2016, to Sept. 14, 2017, organizers said.

The winners of the American Music Awards are voted for by fans and will be announced at a live ceremony televised on ABC on Nov. 19.