Fears for orangutans' future heightens amid shift in Indonesia's capital 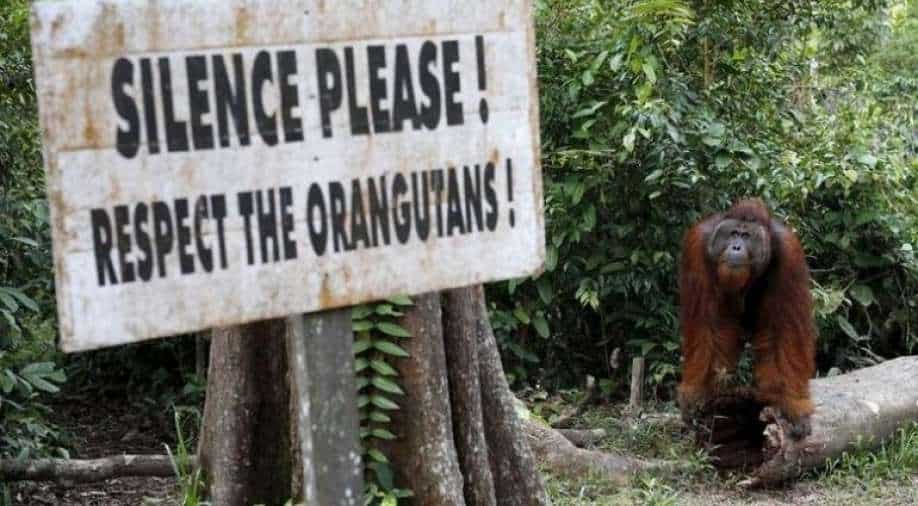 Indonesia has designated several areas in Kalimantan as safe havens for Borneo orangutans, which are on the World Wildlife Fund's endangered list

The Indonesian government's move to relocate the country's capital to the dense but dwindling jungles of East Kalimantan province has increased fears for the future of orangutans.

Sumatran orangutans' habitat has drastically shrunk over the past few decades from logging, palm oil plantations, and mining.

Indonesia has designated several areas in Kalimantan as safe havens for Borneo orangutans, which are on the World Wildlife Fund's endangered list.

Also read | In Orangutan parenting, the kids can get their own dinner

"This inevitably will create huge changes to the surrounding habitats."

However, east Kalimantan Governor Isran Noor said, "Of course, there will be a few sacrifices, but ultimately, we aim to achieve forest revitalisation. When finished it will boast at least 70 per cent open green space."

Survey results and habitat feasibility studies have deemed Tanagupa forest a suitable area to resettle orangutans, as it is far from human settlements, has an abundance of foraging plants, and has a low density of resident orangutans.

"The neighboring Sepaku and Samboja districts (earmarked for Nusantara) do not have wild orangutan populations," Nurcahyo says.

"But the orangutan rehabilitation center is located here, on 1,850 hectares of forest, which needs to be preserved in its current condition."

Conservationists hope the dedicated habitats will help sustain Indonesia’s orangutans. There are an estimated 104,700 Bornean orangutans, less than half the 230,000 a century ago, according to the World Wildlife Fund.

"With the unique ecosystems in East Kalimantan, it is vital to have a mitigation plan in place tailored to these specific environmental needs," Nurcahyo insists.

"That plan is still being developed. The first step will be to evaluate and map the impact of the move."