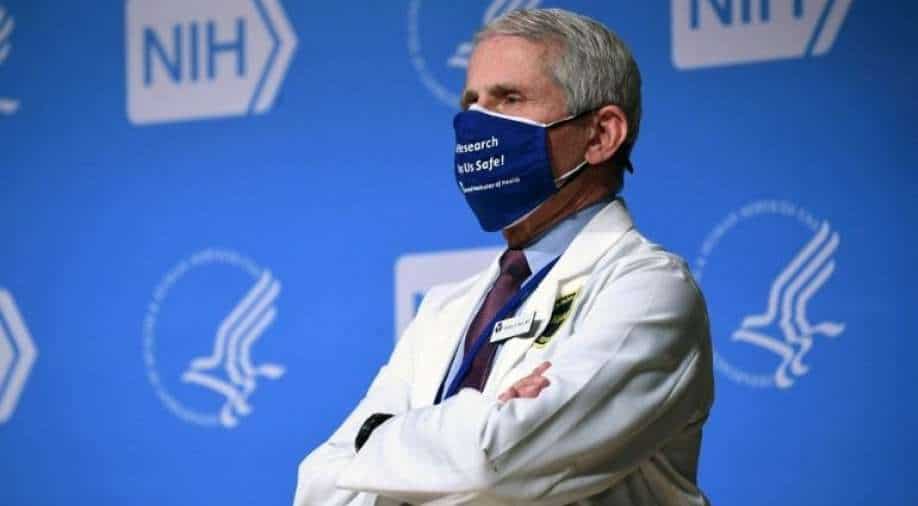 While daily infection rates are coming down dramatically, thousands of Americans still die every day from the virus, and less than 15 per cent of the US population has been vaccinated against it

US top infectious disease expert Anthony Fauci said on Sunday that the citizens of the nation may still need to wear masks in 2022 even as the country relaxes other restrictions to combat COVID-19.

While daily infection rates are coming down dramatically, thousands of Americans still die every day from the virus, and less than 15 per cent of the US population has been vaccinated against it.

President Joe Biden is trying to accelerate the campaign to vaccinate most American adults as local governments clamor for more doses to prevent the highly contagious illness that has claimed nearly 500,000 lives in the United States.

Fauci, Biden's top medical adviser, told CNN that the approaching death tally was "a terribly historic milestone in the history of this country."

Asked if Americans should expect to still be wearing masks into next year, Fauci said: "I think it is possible that that's the case," adding that it depended on the level of the virus in communities and potential virus variants.

"Obviously, I think we are going to have a significant degree of normality beyond the terrible burden that all of us have been through over the last year," Fauci said.

In an interview on NBC's "Meet the Press", Fauci said it was too soon to pinpoint when the United States might reach herd immunity.

He told "Fox News Sunday" that whether people in the United States will later need a booster shot depends on the path the South African variant takes.

"If in fact this becomes more dominant, we may have to get a version of the vaccine that is directed specifically against the South African isolate," Fauci told Fox, saying studies were already underway.