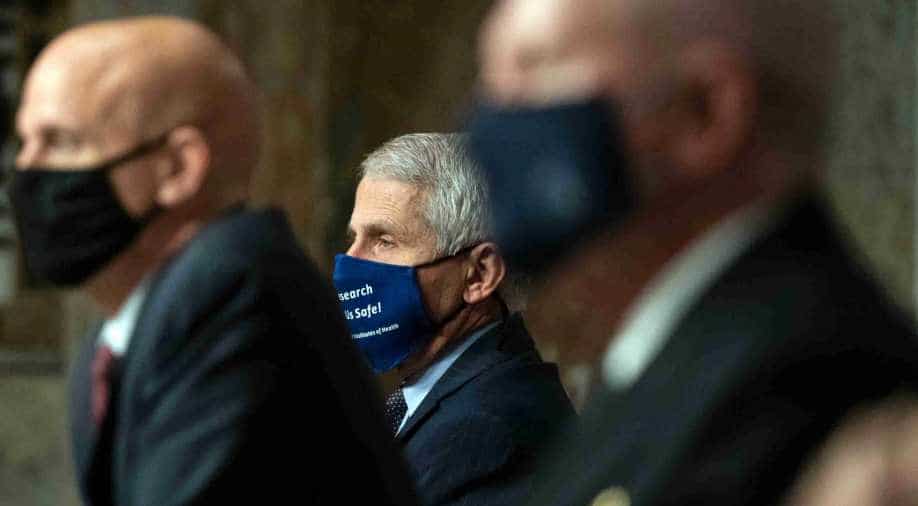 'It was actually an independent body of people who have no allegiance to anyone -- not to the administration, not to me, not to the companies,' Fauci said

The United States top infectious disease official, Anthony Fauci, has vowed for the data of the two coronavirus vaccines being tested by Pfizer and Moderna.

Fauci spoke at a briefing from White House virus task force to talk about the rising concerns about the credibility of the two vaccines, given their speed of testing.

Acknowledging the speed at which the two companies finished their successful trials, Fauci highlighted the advancement of the technology and quit wit of the scientists behind this success. "The process of the speed did not compromise at all safety nor did it compromise scientific integrity. It was a reflection of the extraordinary scientific advances in these types of vaccines which allowed us to do things in months that actually took years before," he said.

People all around the world are waiting for the production and distribution of the COVID-19 vaccine to start as soon as possible, as the deadly virus has already tens of millions of people across the globe.

While people want to safeguard their lives and families' health through this, the vaccine has also become a political agenda in several countries — a quick way to gain voters' trust — such as the US and India.

Many are concerned these two vaccines have been rushed to meet political agendas of the US elections, in which Joe Biden has defeated Donald Trump. Fauci utilised this briefing to assure no such hindrance and manipulation has taken place in the whole process.

"It was actually an independent body of people who have no allegiance to anyone -- not to the administration, not to me, not to the companies -- that looked at the data and deemed it to be sound," he said. "So we need to put to rest any concept that this was rushed in an inappropriate way. This is really solid."