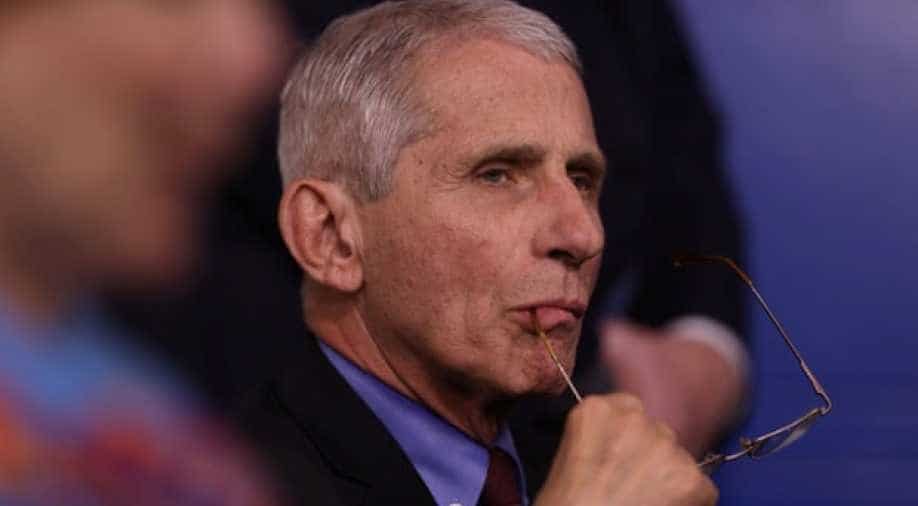 Fauci raised concerns after Russia and China, both, claimed to be almost ready with the vaccines.

Anthony Fauci, the United States' top infectious disease official, has raised concerns about COVID-19 vaccines that are being developed by China and Russia.

Recently, during a Congressional hearing, Fauci hinted that it would be unlikely for the US to use Russian or Chinese vaccines if they arrive first.

Also read: Fauci sees signs of hope in some US states hard hit by outbreak

"Claims of having a vaccine ready to distribute before you do testing, I think, is problematic, at best," he added.

"We are going very quickly. I do not believe that there will be vaccines, so far ahead of us, that we will have to depend on other countries to get us vaccines."

Fauci raised concerns after Russia and China, both, claimed to be almost ready with the vaccines.

Russia said it hopes to be the first country to develop a COVID-19 vaccine. The European country is hoping to have the vaccine ready by September.

Last month, Chinese media reported that a coronavirus vaccine developed by CanSino Biologics was being used to immunize the Chinese military. However, questions were raised on this decision as the said vaccine had not yet completed its final stages of testing.