Family stayed in Syrian town during offensive as rebels ousted 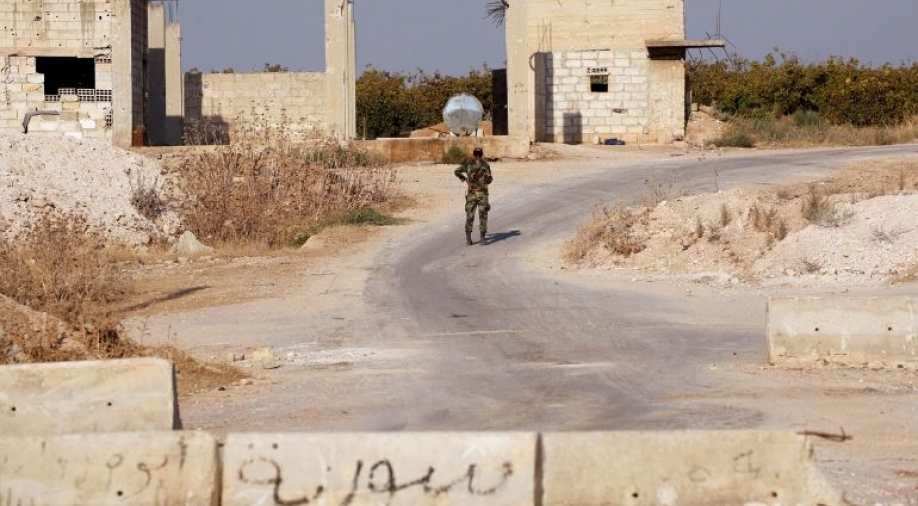 Khan Sheikhoun was one of the towns lost early in the eight-year-old war to rebels opposed to the rule of Syrian President Bashar al-Assad.

Russia-backed Syrian forces found Abu Abdo and family this week in Khan Sheikhoun, a town which almost all other residents had fled during shelling in an offensive to take the area from rebel fighters.

"The last month was very bad. We couldn't stand by the door because of the shelling ... We couldn't go anywhere," 55-year-old Abu Abdo told Reuters.

He said he was one of only around three families that stayed in the town through the offensive while all other civilians fled north, away from the shelling.

"When the army came they opened the door of the house and entered, thinking no one was here. But when they saw us they were very respectful and asked us what we needed," he said from his house which had a couple of shell holes in the walls.

Khan Sheikhoun was one of the towns lost early in the eight-year-old war to rebels opposed to the rule of Syrian President Bashar al-Assad.

On Friday the Syrian army said it had taken it back, along with a handful of other settlements.

"The fighters ran away a day before the army entered. There was a huge number of fighters here," Abu Abdo said, referring to the rebels.

A renewed push by Syrian government and Russian forces to take the area has seen heavy strikes and advances this week in the south of Idlib province and nearby Hama, prompting a civilian exodus.

"The operation (to take Khan Sheikhoun) was difficult. The rebels were holed up for a month under heavy, continuous bombardment. Which caused them to withdraw to the north," a military official said.

Scattered around the town were signs with white writing on black backgrounds reading: "There is no other god but God", "Singing is forbidden", and "Syria is the land of jihad and guarding the borders."

A Reuters team travelled to Khan Sheikhoun up a newly opened and de-mined part of the main south-north highway which once connected the capital Damascus to Aleppo.

The sound of planes and distant explosions could still be heard in the large town in south Idlib province, heavily damaged by repeated aerial campaigns.

Khan Sheikhoun made headlines in 2017. Nearly 100 people died when the town was bombed with sarin poison gas.

One of the deadliest chemical weapons attacks of the war, it prompted a US missile strike against a Syrian airbase.