'Fake news, there were no mini-strokes': Trump lashes out over health reports 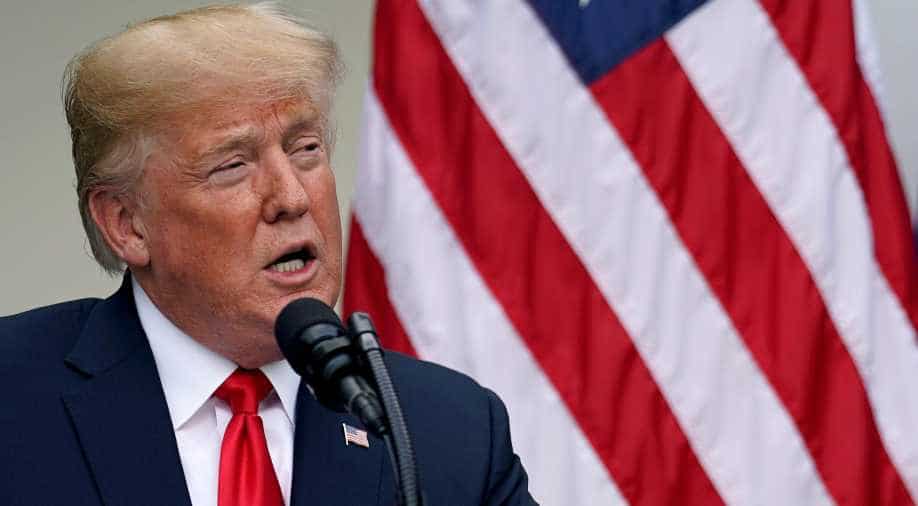 Trump's physician Dr. Sean Conley confirmed that Trump "has not experienced nor been evaluated for a cerebrovascular accident (stroke), transient ischemic attack (mini stroke), or any acute cardiovascular emergencies."

"It never ends! Now they are trying to say that your favourite President, me, went to Walter Reed Medical Center, having suffered a series of mini-strokes. Never happened to this candidate - fake news."

Mike Pence was never put on standby, & there were no mini-strokes. This is just more Fake News by @CNN, a phony story. The reason for the visit to Walter Reed, together with the full press pool, was to complete my yearly physical. Short visit, then returned (with press) to W.H... https://t.co/GUVdbJRvqD

Trump added that "perhaps they are referring to another candidate from another party."

Drudge didn’t support me in 2016, and I hear he doesn’t support me now. Maybe that’s why he is doing poorly. His Fake News report on Mini-Strokes is incorrect. Possibly thinking about himself, or the other party’s “candidate”. https://t.co/9FraoFqOKq

Trump's physician Dr. Sean Conley confirmed that Trump "has not experienced nor been evaluated for a cerebrovascular accident (stroke), transient ischemic attack (mini stroke), or any acute cardiovascular emergencies."

Conley said it was "incorrectly reported in the media."

A book by a New York Time correspondent Michael Schmidt reported that US vice-president Mike Pence was asked to be on standby to take over as president after Trump made an unscheduled visit to Walter Reed Medical Center in November last year.

The White House had said at the time that Trump had undergone his annual medical examination. A doctor later denied reports of Trump having suffered from any medical condition.

"The President remains healthy and I have no concerns about his ability to maintain the rigorous schedule ahead of him," Dr Conley said while asserting that he is fit to "execute the duties of the presidency.”