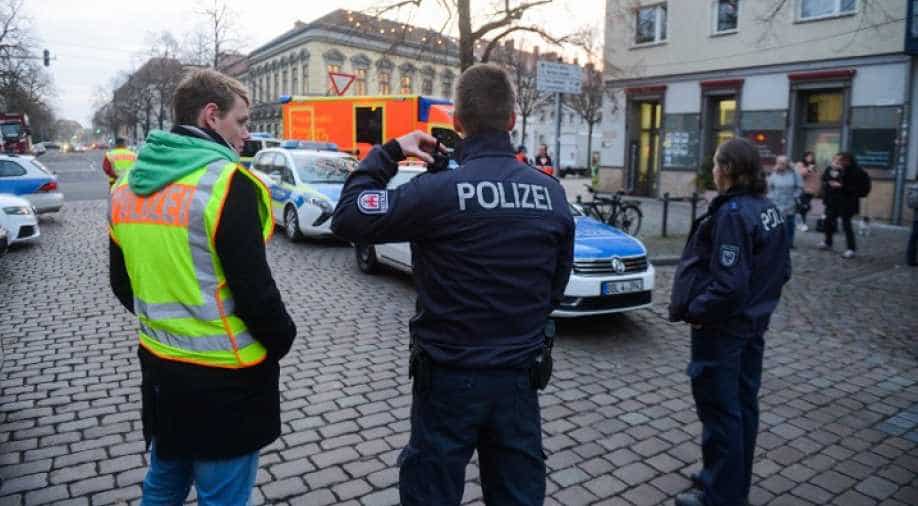 German policemen stand guard on a steet after an 'explosive device' was found at a Christmas market in Potsdam. Photograph:(AFP)
Follow Us

German police said an "explosive device" has been found at the Christmas market in Potsdam.

"Suspicions of an unconventional explosive device have been confirmed," police said.

The police have evacuated the market, reports said.

German authorities said special forces were on site to examine the object.

Reports said the package measured about 40 cm by 50 cm and had been delivered to a pharmacy near the Christmas market.

Reports said police were alerted after an employee opened a package at a pharmacy and saw wires and electronics inside.

Last year a terrorist had killed at least twelve people and injured several others while mowing down people with a truck into a crowded Christmas market in Berlin.

Germany has around 2,600 Christmas markets across the country.

Interior minister Thomas de Maiziere had said Germany has increased information-sharing between federal and state officials and taken other steps to increase security after a series of "missteps" in the Berlin terror attack case.