Explainer: Nagasaki bombing, the history, and significance of "Fat Man" 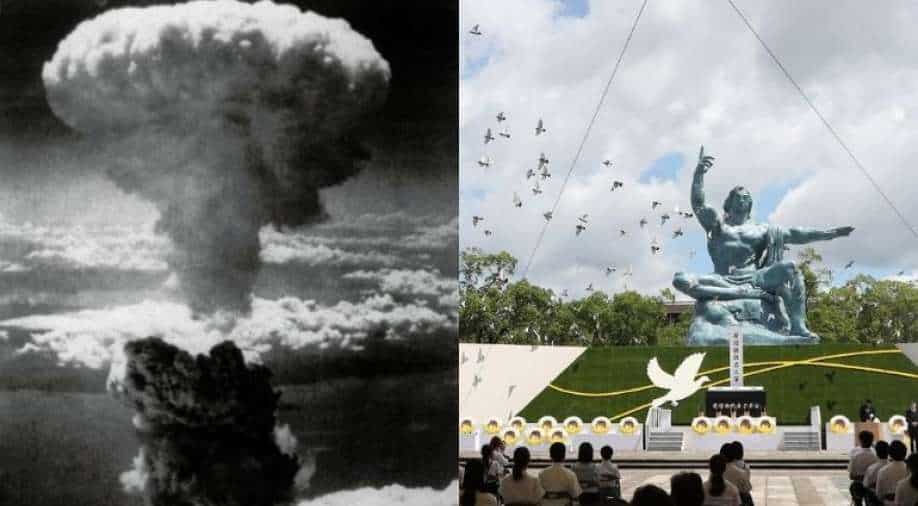 Japan's participation in World War II came to an end when after the Hiroshima attack, the US attacked the port city of Nagasaki, a major port for trade, on August 9, 1945

On the fateful day of August 9, 1945, the Japanese city of Nagasaki, a major port for trade faced unfathomable devastation at the hands of the US, thus putting an end to Japan's participation in the Second World War.

76 years ago today, the Japanese city of Nagasaki was destroyed by an atomic bomb, and today, its mayor called on the global community to build on the new nuclear ban treaty.

With the rebuilding of Nagasaki post World War II, the city has become a spiritual centre for movements for the ban of nuclear weapons.

The ceremony is the first since an international treaty banning nuclear weapons went into effect last year.

"World leaders must commit to nuclear arms reductions and build trust through dialogue, and civil society must push them in this direction," Nagasaki mayor Tomihisa Taue said. 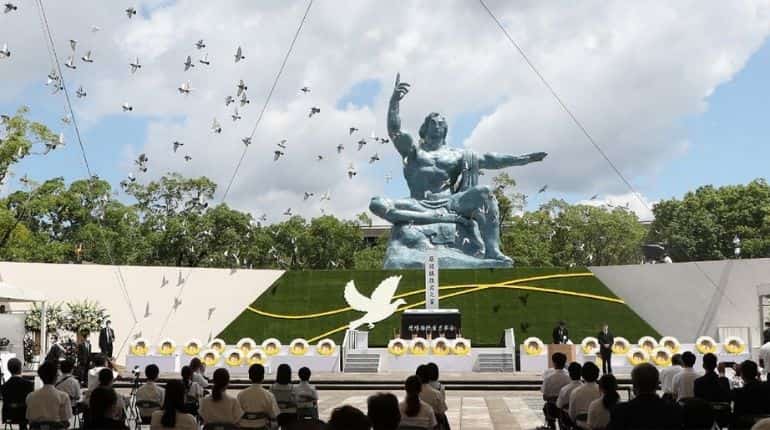 Doves fly during a memorial service for victims of the US atomic bombing at the Nagasaki Peace Park in Nagasaki on August 9, 2021, as the city marks the 76th anniversary of the bombing. (Source:AFP)

"As the only country that has suffered atomic bombings during the war, it is our unchanging mission to steadily advance the efforts of the international community, step by step, towards realisation of a world free of nuclear weapons," Japanese Prime Minister Yoshihide Suga said at the ceremony.

So, what exactly happened that day?

Just three days earlier the city of Hiroshima had faced destruction, an atomic bomb code-named "Little boy" had brought devastation to the picturesque city resulting in the death of thousands.

On June 9th 1945, the city of Nagasaki faced the same fate, situated some 185 miles southwest of Hiroshima, at 11:02 am, another American bomber dropped its payload over Nagasaki. Between 60,000 and 80,000 people died in the bombing. Codenamed 'Fat Man'; it obliterated more than 30 per cent of Nagasaki. 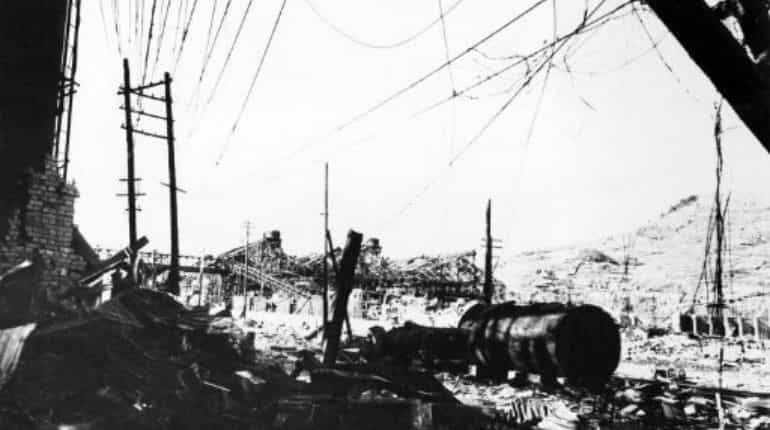 This file photo taken in 1945 next to the Urakami river in Nagasaki shows a wrecked brick wall and a "Mitsubishi" steel factory after a bombing by the US Air Force. (Source:AFP)

Why did the US resort to atomic bombs?

It is also believed that the superpower wanted to demonstrate its new technology's incredibly destructive capabilities to the world, and in particular to the Soviet Union.

Why was Nagasaki targeted?

During the early 20th century, Nagasaki developed into a major shipbuilding city, which led the United States to target the city as a target for the atomic bomb dropped on Japan during World War II.

How many people actually died in this "massacre"? 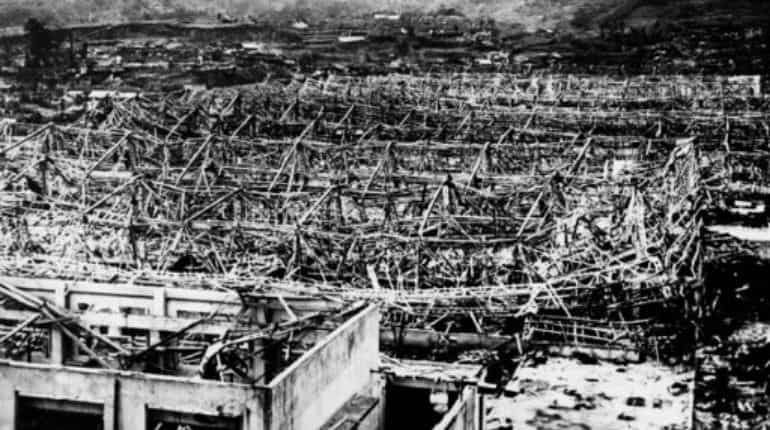 This filed photo dated 1945 shows the devastated city of Nagasaki after an atomic bomb was dropped by a US Air Force B-29 on August 9, 1945. (Source:AFP)

Unfortunately, it is extremely difficult to calculate exact figures, as many records were destroyed by the bomb, and the destruction of the area prevented accurate counts of casualties. Nonetheless, they estimate some 40,000 people died within seconds of the attack, with many more dying from radiation exposure, burns, or injuries within months.