EXCLUSIVE: For Kosovo President Vjosa Osmani who once fled her home, Afghan refugee crisis is personal 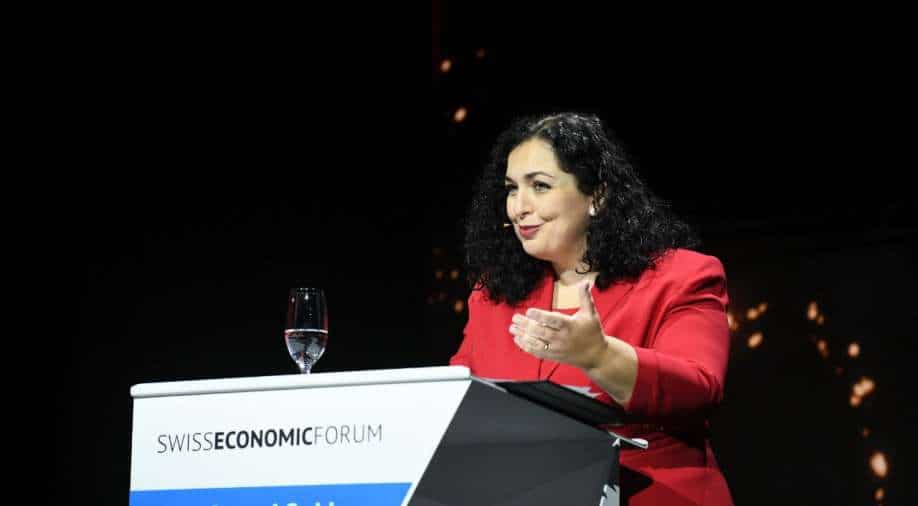 “We are quite a small country, but with a big heart, and we want to show this is the right thing to do when we people need shelter,” Kosovo President Vjosa Osmani told WION’s Palki Sharma in an exclusive interview as part of the Global Leadership Series.

Kosovo is one of the countries taking in Afghans fleeing the Taliban regime, and for its President Vjosa Osmani, the matter is personal, having felt the horrors of displacement as a kid during the Kosovo War of the late 1990s.

“First and foremost we believe it’s a moral obligation. We have been refugees ourselves during nineties and we are alive today because the world did not turn its back on us,” she told WION’s Palki Sharma in an exclusive interview as part of the Global Leadership Series.

Noting that Kosovo refugees were taken by so many countries, she also pointed to international conventions that mandate against closing of borders to refugees.

“We are quite a small country, but with a big heart, and we want to show this is the right thing to do when we people need shelter.”

In her young age, Osmani had fled Albania for Kosovo during the Kosovo War of 1998-99.

“When I was a kid, we were not allowed to exercise our rights just because we were Albanians,” she recollected, adding “we had no right to go to school, speak our language” despite being 90% of the population of Kosovo.

“The experiences that I had, just like any other citizen in Kosovo, were extremely painful. We saw hell with our own eyes during the 90s."

Helping the Afghan refugees, therefore, is a matter beyond politics, she said.

Osmani said Kosovo will be receiving 2,000 Afghan refugees  at one time till their visas to US or Nato member states are processed.

“Everyday we are welcoming more Afghan refugees…and we are proud that we are able to help the international community in this effort.”

These are not terrorists or the Taliban

Asked about controversies that some refuges are kept in Kosovo as they may pose a security threat, Osmani said they are in the country till their visas to go to the US or elsewhere are processed.

“This doesn’t mean they are actually terrorists or they have links with the Taliban.”

She said the procedure may last longer for some depending on the categories of visas they fall under.

“It has nothing to do with them being labelled as security concerns. We are not taking in people who have links with the Taliban. Quite the opposite, we’re taking people who fought the regime.”

She also pointed towards the two-step vetting process, one by the US and other by  Kosovo authorities to screen the incoming refugees.

Describing the current Afghan refugee crisis as truly heartbreaking , she recalled that some 1 million out of 1.7 million Kosovars were forced to leave their home during the war.

Many of them were internally displaced persons and most refugees.

“We truly feel the pain though the political situation is different. We had paid a heavy price for the freedom and independence we enjoy today. Just in a matter of months we lost 13,000 civilians because they were killed by the [Slobodan] Milosevic regime. 20,000 women were raped…this puts us in a situation to really understand the human suffering of those who are fleeing from terror, repression that the Afghan citizens are facing now under the new rule from the Taliban,” Osmani said.

“These people are forced to plea because they believed in peace, democracy, justice and equality.”