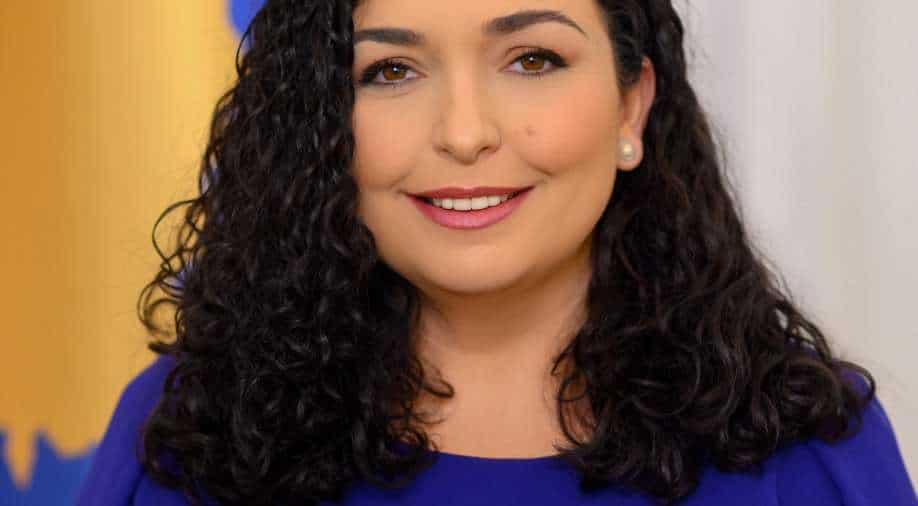 “It’s just a matter of time when countries like India will join other democratic countries around the world in recognising the sovereign independent Republic of Kosovo,” President Vjosa Osmani told WION’s Palki Sharma in an interview as part of the Global Leadership Series.

The President of Kosovo Vjosa Osmani has made an impassioned plea to India to recognise her country, asserting that Kosovo is not Kashmir.

In an exclusive interview to WION’s Executive Editor Palki Sharma, Osmani said: “We once again call upon the Indian government to first of all recognise the suffering of the people of Kosovo from the [Slobodan] Milošević genocide regime, and secondly, recognise the reality on the ground that is not going to change.”

She was responding to a question about India not recognising Kosovo, which unilaterally declared independence from Serbia in 2008. In 2011, diplomatic cables released by WikiLeaks had shown that the US tried to pressurise India to recognise Kosovo.  New Delhi is yet to recognise Kosovo, as it was concerned that a parallel would be drawn between Kosovo and Kashmir. Many of the member states of United Nations are also yet to recognise Kosovo.

“It’s just a matter of time when countries like India will join other democratic countries around the world in recognising the sovereign independent Republic of Kosovo,” Osmani said in an appearance at WION’s Global Leadership Series show.

She drew attention to what the International Court of Justice had said: that the independence of Kosovo is within international law and does not compare to any other place around the world.  She said how Kosovo became independent makes it different from other regions, including Kashmir.

Noting that the dissolution of Yugoslavia had created several countries including Kosovo, she said “this is a reality that cannot be reversed.”

“It is extremely important for us that we have healthy and active ties with the Indian government, the Indian people,” she said, highlighting possible opportunities for cooperation in economic, political and diplomatic spheres.

“I do hope that we are going to have a chance to at least meet, so that the Indian officials can hear our side of the story. It’s a story of suffering , perseverance, but also of immense hope for the future.”

She asserted that Kosovo has never been the reason of wars or instability, “Quite the opposite. We have been pushing for stability.”

She pointed out that most of India’s allies have already recognised Kosovo. She said the ICJ ruled in favour of Kosovo independence because the legal argument was in its favour, and with the recognition that the situation there is different from other areas like Kashmir.

“We are free and independent today and I truly hope that we can sit down with the Indian government so that we can discuss how we can enhance our relations.”

“We are trying to reach out and I do hope that we will have a positive response. I think listening to other’s argument that the least that anyone should do. Listening to our side of the story, which the truth that has been confirmed by the international courts, is what we hope to be able to tell the Indian government,” she said.