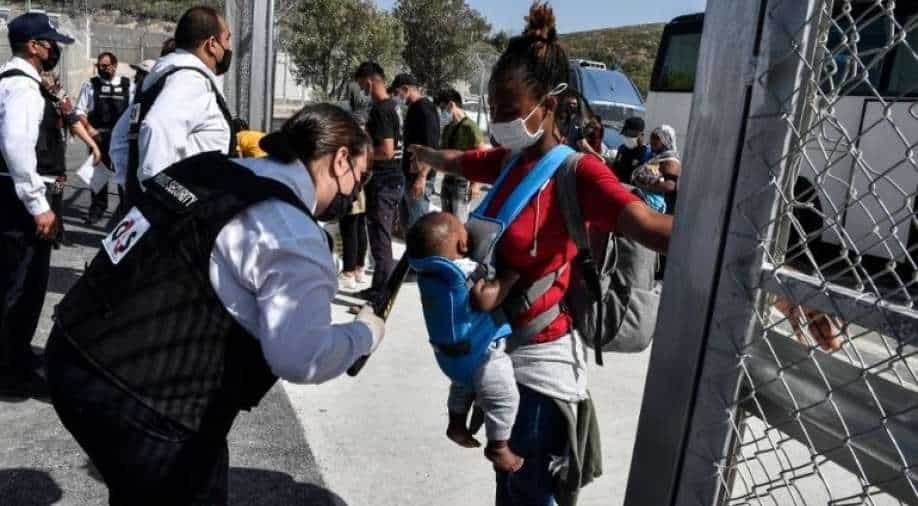 A refugee is being screened with a metal detector before entering the new Samos RIC, Greece Photograph:( AFP )

Despite charges from activists that the Greek coastguard is forcing migrants' boats illegally back to Turkey, Mitsotakis said his government was guarding its borders "safely and justly."

"Migration flows are down 90 percent compared to 2019. I repeat, 90 percent," Mitsotakis said during a visit to a new EU-funded migrant camp on the island of Samos.

"This government has carried out its pledge to guard our homeland's borders safely and justly," he said.

Border patrols have risen since Mitsotakis became premier in 2019, and asylum processes have been sped up. Critics say this puts asylum seekers at a disadvantage, and general benefits for refugees, even those who have been granted asylum, have been slashed.

Among the many criticisms of Greece's harsher border controls have been allegations that its coastguard is illegally forcing migrants to return to Turkey, the main departure point, on rickety ships.

Athens has consistently denied the charges, stating that saving the lives of seafarers is the coastguard's top priority.

"No one has drowned in the Aegean this year, and I’m particularly proud of the work that my coastguard is doing in saving people at risk," Mitsotakis said this week.

In July, the Greek migration ministry said at least seven people had drowned near Kasos island, south of the Aegean Sea.

"This needless tragedy is what happens when Turkey fails to act against the criminal gangs and prevent these perilous crossings," the Greek ministry said at the time.

The Samos camp, designed to house 3,000 people, is part of several high-tech facilities funded by the European Union on Greek islands that saw the biggest arrivals from neighbouring Turkey during the migration crisis of 2015.

International Organization for Migration reports that about 800,000 people migrated through Greece in that period.