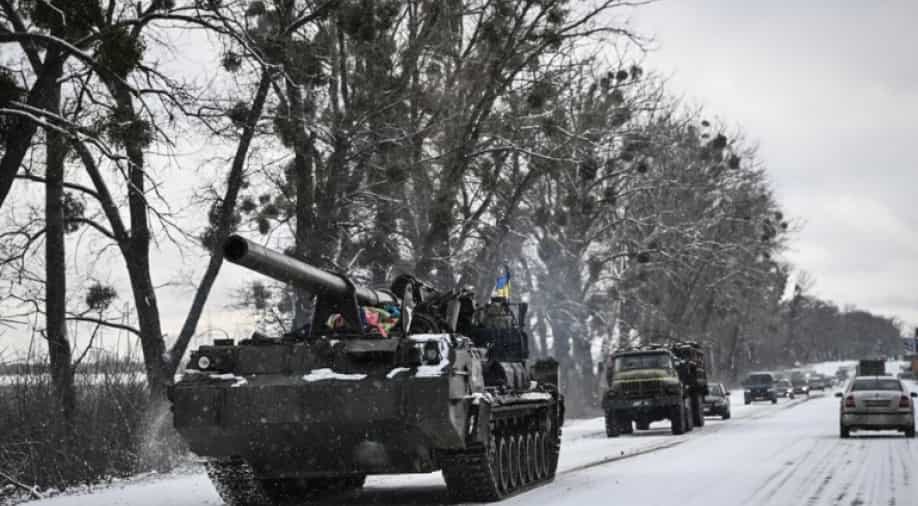 A Ukrainian tank rolls along the main road of Kyiv Photograph:( AFP )

Expressing confidence in an embargo on Russian oil, Borrell said the military support would be for heavy weapons such as tanks and artillery and take the bloc's aid to about 2 billion euros

Josep Borrell, the High Representative of the European Union for Foreign Affairs and Security Policy, said on Friday that the bloc will provide an additional 500 million euro military aid to Ukraine.

Expressing confidence in an embargo on Russian oil, Borrell said the military support would be for heavy weapons such as tanks and artillery and take the bloc's aid to about 2 billion euros.

"A new impetus for military support. (It will be) more pressure on Russia with economic sanctions and continuing the international isolation of Russia and countering misinformation," he told reporters on the sidelines of the G7 foreign ministers meeting in northern Germany.

"I am sure we will have an agreement. We need it and we will have it. We have to get rid of the oil dependency from Russia," he said.

"If there is no agreement at the level of ambassadors, then on Monday the ministers when they gather they have to provide the political impetus."

Meanwhile, French Foreign Minister Jean-Yves Le Drian said that the G7 will continue to support Ukraine “until victory” against Russia.

According to British Foreign Secretary Liz Truss, "It is very important at this time that we keep up the pressure on Vladimir Putin by supplying more weapons to Ukraine and by increasing the sanctions."

"Never since the end of the Cold War have we G7 partners been more profoundly challenged. Never before have we stood more united," she said in a tweet.

"There are 25 million tonnes of grain currently blocked in the Ukrainian port of Odesa, which means food for millions of people in the world that is urgently needed, above all in African countries and in the Middle East," Baerbock told reporters.

"That's why we're sending a clear signal today: we see you, we hear you and we support you," she said.