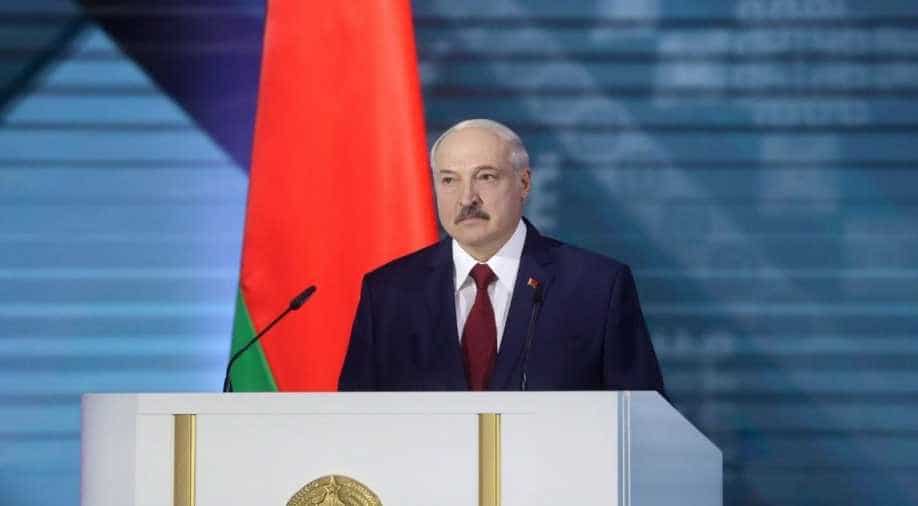 Brussels is also currently working on plans to hit key sectors of the Belarusian economy, with fertiliser production and bond sales in Europe possible targets

The European Union imposed fresh sanctions on 78 individuals and seven entities of Belarus on Wednesday in response to the forced landing of a Ryanair flight in Minsk and the arrest of a dissident journalist on board in May.

The sanctions, approved by EU ambassadors and to be adopted by the bloc's foreign ministers at a meeting on Monday, target seven individuals with links to the Belarus aviation sector, according to a diplomat.

EU ambassadors also signed off on a fourth package of asset freezes and travel bans, to be imposed on more than 70 Belarusian individuals in response to last year's contested presidential election, the diplomat said.

This fourth package of measures was already being prepared when the Ryanair jet was forced to land in Minsk on May 23 and opposition blogger Roman Protasevich and his girlfriend were arrested by Belarusian authorities.

EU governments described the incident as air piracy and, at the start of June, banned Belarusian airlines from flying over European Union territory or having access to its airports.

The latest listing of seven individuals is meant as a stop-gap measure while economic sanctions are discussed to inflict real punishment on President Alexander Lukashenko. They could target bond sales, the oil sector and potash, a big Belarusian export.

Belarusian strongman Alexander Lukashenko sparked international outrage by dispatching a fighter jet on May 23 to intercept the Athens-to-Vilnius flight and arresting dissident journalist Roman Protasevich and his girlfriend on board.

The EU in response has already blocked Belarusian airlines from flying to the bloc and stopped carriers from its 27 nations from using Belarusian airpace.

Brussels is also currently working on plans to hit key sectors of the Belarusian economy, with fertiliser production and bond sales in Europe possible targets.

The EU has already placed 88 individuals -- including Lukashenko and his son --and seven companies on an asset freeze and visa ban blacklist over a brutal crackdown on protests since the veteran leader claimed victory at elections in August deemed fraudulent by the West.

Lukashenko, who has ruled Belarus since 1994, has so far shrugged off the impact of the pressure with backing from his key ally Russia.