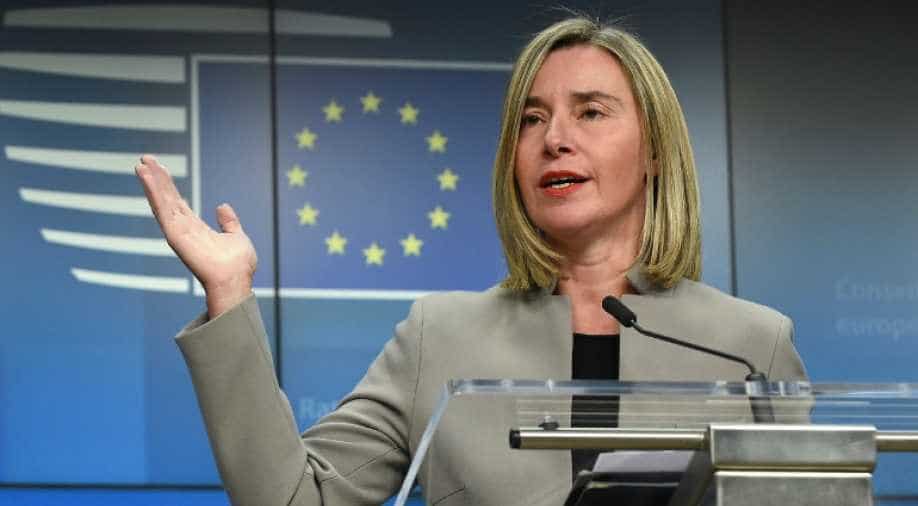 China has been accused of deploying warships, arming outposts and ramming fishing vessels in the resource-rich sea, sparking ire from other claimants.

The "militarisation" of the South China Sea is threatening peace in the contested waterway, the European Union's top diplomat said Monday in Hanoi, echoing warnings from the US as pressure mounts against Beijing's ambitions in the region.

China has been accused of deploying warships, arming outposts and ramming fishing vessels in the resource-rich sea, sparking ire from other claimants.

On Monday, the European Union's foreign policy chief Federica Mogherini said the bloc was concerned over "increasing tension" in the area.

"We believe that this tension, this militarisation, is definitely not conducive to a peaceful environment," she added.

Beijing says it has sovereignty over the majority of the sea-based on the so-called nine-dash line it uses to back its claims.

The long-running spat was centre stage at a meeting of Southeast Asian foreign ministers last week, where US Secretary of State Mike Pompeo urged countries to push back against Chinese "coercion" in the sea.

Hanoi has emerged as one of Beijing's most vocal critics in the waterway, a key global shipping route believed to hold vast oil and gas reserves.

Tensions between the communist neighbours have soared after a Chinese geological survey vessel entered waters around the Spratly Islands claimed by Hanoi in early July.

Vietnam has repeatedly called for the ship to leave, while Beijing has refused to confirm the vessel's presence.

It is not clear if the ship remains in Vietnam-claimed waters, and the foreign ministry did not respond to AFP's request for comment.

The US, EU and Australia have all called for freedom of navigation in the South China Sea, which is also contested by Taiwan, the Philippines, Malaysia and Brunei.