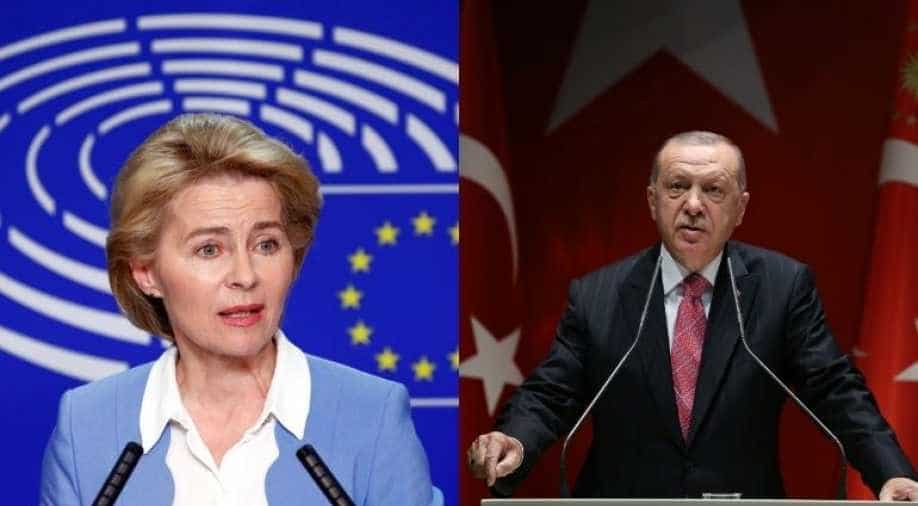 EU leaders said at a summit last week they were ready to improve cooperation with Ankara if Erdogan maintained the current "de-escalation", following a spike in tensions over the eastern Mediterranean last year.

The EU threatened sanctions on Ankara over a row between Turkey and EU member Greece last year over maritime jurisdiction in the eastern Mediterranean but halted the plans after a more constructive tone from Erdogan.

Von der Leyen welcomed Ankara's change in stance on the eastern Mediterranean but said the relationship between the bloc and aspiring member Turkey was still fragile.

"Turkey has shown a more constructive attitude including in its bilateral relations with several EU member states. These are positive and welcomed steps on which we must try to build on," Von der Leyen said.

Negotiations could still take several years to complete and the EU is concerned that Erdogan could change course as he seeks a bigger regional role for Turkey, moving against the EU.

"If Turkey does not move forward constructively, it returns to unilateral actions or provocations in particular in the Eastern Mediterranean, of course, would suspend this cooperation measures," the former German defence minister said.