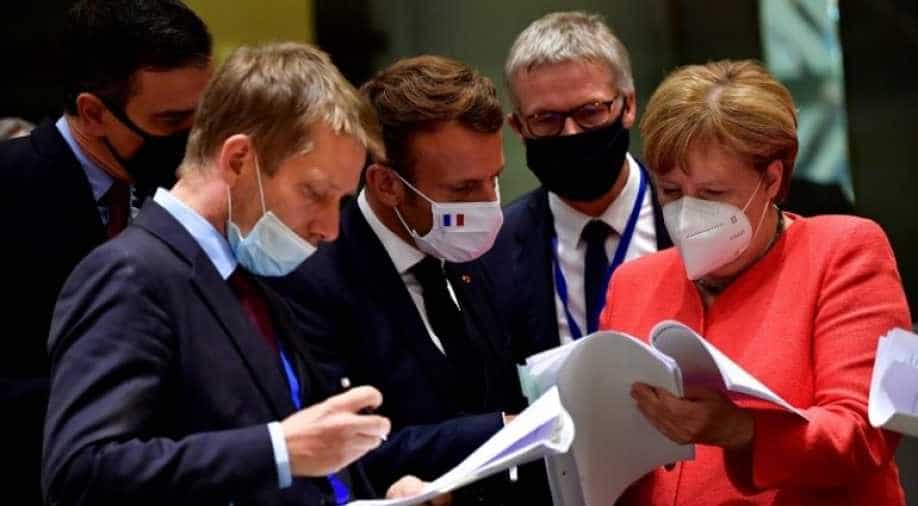 An official present at the summit announced, “conclusions adopted!”

The European Union leaders broke the deadlock and solidified a deal to assist with post-pandemic recovery in the bloc. Officially announced on Tuesday morning, the deal with entail 750 billion Euros (roughly 859 billion USD) extended to member countries in the form of grants and loans in a bid to beat the recession triggered by COVID-19.

An official present at the summit announced, “conclusions adopted!”

The massive stimulus plan will resuscitate affected economies back to life, four days after their summit began, and was caught in a deadlock after Dutch PM refused to accept preliminary terms, favouring grants and loans.

A new proposal was presented by EU Council President Charles Michel after countries were unable to reach a consensus. The 27 leaders perceived the 750 billion Euro deal differently, and critics believed that this would shed light on the future of EU.

To make it workable for everybody, Michel made cuts to climate change schemes, and also reworked the overall package to ensure cooperation from all parties involved.

The EU was marred by a failed collective response to the pandemic, whereby almost every country dealt with the crisis on individual terms. Italy also lodged complaints over the lack of support, for once it was one of the hardest-hit countries in the world. The bloc has also been weakened by the departure of UK.

This deal was an opportunity for leaders to show they can stick up and beat the pandemic blues together.

The European Central Bank has put in billions into the economies of various countries to keep them afloat and to ensure unemployment does not soar.

EU leaders debated on the outcome throughout the weekend.

French President Emmanuel Macron and German Chancellor Angela Merkel showed optimism since the beginning and believed the stimulus package would come through, like it did. Additionally, they linked it to the 2021-2027 common budget of over 1.1 trillion Euros.

Also read: 'Mr No, No, No': Why Dutch PM Rutte plays role of EU bogeyman

Owing to the COVID-19 pandemic, Europe experienced its deepest recession since World War 2, and lowered Italy’s borrowing costs, while pushing the Euro to a 19-week high.

As part of the recovery fund, reportedly 390 billion Euros will be non-repayable grants, which is significantly lower than the previously proposed 500 billion Euros. The rest will be in the form of repayable loans.

The Netherlands opted for a veto on aid for countries that weren’t pushing for economic reform, which caused delays.