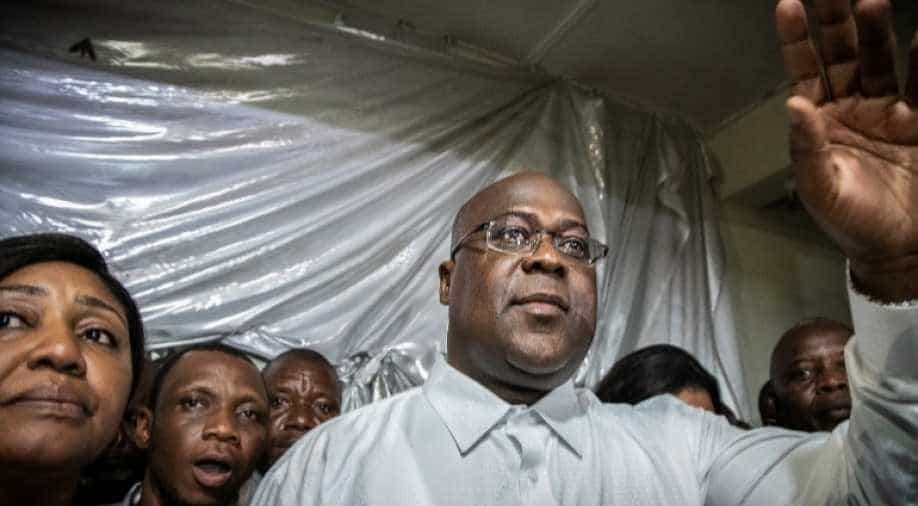 Felix Tshisekedi is expected to be sworn in as president on Thursday after the country's highest court declared him victor -- even though leaked figures suggested his opponent had won.

The African Union and the EU on Tuesday signalled their willingness to accept the official results of DR Congo's presidential election, despite bitter protests by the runner-up.

Felix Tshisekedi is expected to be sworn in as president on Thursday after the country's highest court declared him victor -- even though leaked figures suggested his opponent had won.

After talks between EU and AU foreign ministers in Brussels, the African bloc's peace and security commissioner Smail Chergui said his organisation was "ready to work with president Mr Tshisekedi."

The EU's diplomatic chief Federica Mogherini did not give Tshisekedi such explicit backing.

But she said Brussels had "taken note" of the officially-declared results, and she referred to Tshisekedi as the "new president".

"The task now for the new president includes major challenges in several sectors -- on the security, social, economic and governance fronts," Mogherini said.

"We think that all of this requires the president to be a unifier, willing to engage in dialogue both inside the country and abroad... to meet the political and economic aspirations of the people."

In a further sign of the EU's acceptance, the bloc will have an official representative at the inauguration.

The identity and rank of the envoy was not given. On December 27, DR Congo expelled the EU's head of mission, Bart Ouvry, a Belgian national, after the 28-nation bloc reimposed sanctions on 14 officials over a brutal crackdown on protest.

The ceremony will come after three weeks of growing tension over the long and drawn-out counting process after the December 30 vote.

After Tshisekedi was provisionally declared winner, his main rival Martin Fayulu appealed, but the Constitutional Court ruled against him.

At stake is political stewardship of the mineral-rich but notoriously unstable central African nation, which has been ruled by strongman Joseph Kabila since 2001.

Tshisekedi's investiture will mark the country's first peaceful handover of power since independence from Belgium in 1960.