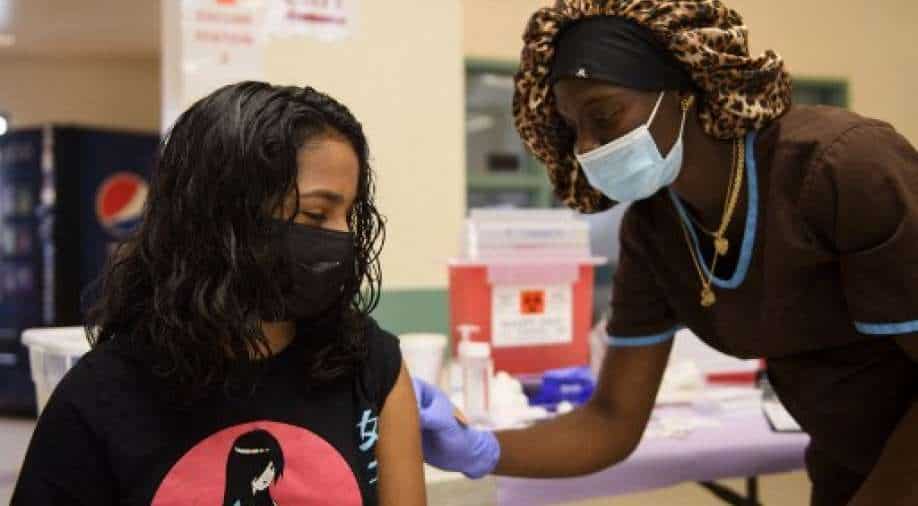 In March, Pfizer-BioNTech had revealed that its vaccine was effective among adolescents in the 12 to 15 age group.

The European Medicines Agency's(EMA) on Friday gave its approval for the Pfizer-BioNTech coronavirus vaccine to be given to 12-15-year-olds.

The European Union is already using vaccines for 16-year-olds and older teenagers.

The EU regulator said the two doses would be administered for the 12-15 age group and would be given at an interval of at least three weeks.

In March, Pfizer-BioNTech had revealed that its vaccine was effective among adolescents in the 12 to 15 age group. The US and Canada have already given their authorisation for the vaccine for children belonging to the same age group.

Marco Cavaleri, the EMA's head of vaccine strategy, said: "As anticipated, the EMA's Committee for Human Medicines has today approved the use of the vaccine from Pfizer-BioNTech in adolescents from 12 to 15 years."

Cavaleri added that the vaccine was being fast-tracked for young people even as German Chancellor Angela Merkel announced that authorities will allow vaccination for children over 12 after EMA's approval.

"Mastering the current crisis is a huge task on its own but in future too, there will be virus mutations and new pathogenic agents so we should prepare as best as possible for future pandemic threats," the German chancellor said.

The German Chancellor also called on EU partners including G7 and the G20 countries to help boost the global vaccine production.

Meanwhile, the UK on Friday gave its approval to the single-shot coronavirus vaccine developed by Johnson & Johnson.

Health Secretary Matt Hancock lauded the move saying that it was a "further boost to the UK's hugely successful vaccination programme."