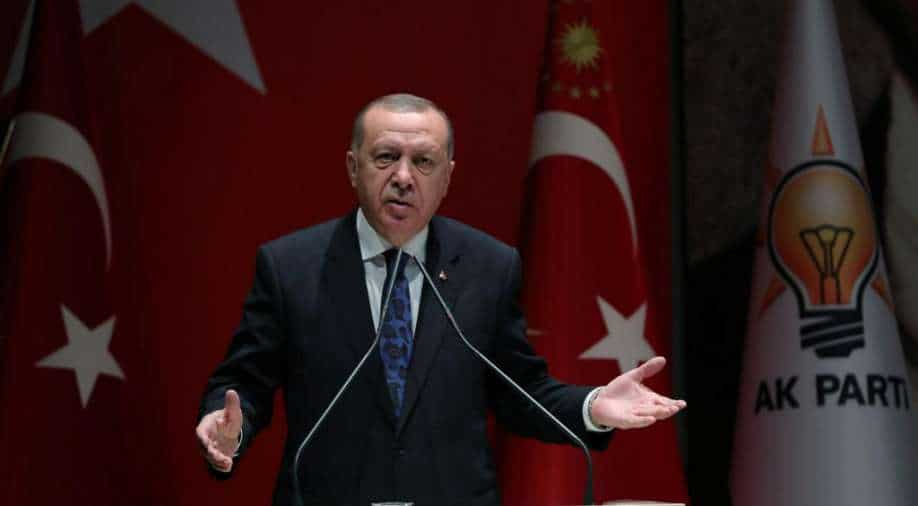 Considering both cases, the committee of ministers of the Council of Europe said that Turkey was violating the ECHR rulings by failing to free the two men

The ECHR, which is part of the Council of Europe, had in separate rulings told Turkey to release philanthropist Osman Kavala and pro-Kurdish politician Selahattin Demirtas who are both jailed.

Considering both cases, the committee of ministers of the Council of Europe said that Turkey was violating the ECHR rulings by failing to free the two men.

Supporters say that Demirtas and Kavala are being punished for daring to oppose Erdogan, although Ankara insists that the Turkish judiciary is independent.

In Kavala's case, the committee called for his immediate release and said it would send a letter to Foreign Minister Mevlut Cavusoglu "conveying the Committee's deep concern about the applicant's continuing detention".

It said his situation and the violation of the ECHR ruling "reveal pervasive problems regarding the independence and impartiality of the Turkish judiciary".

For Demirtas, a charismatic Kurdish politician who stood against Erdogan in 2014 and 2018 presidential elections, the committee said his continued detention would entail a prolongation of the violation of the applicant's rights as well as a breach of the obligation of the respondent state to abide by the Court's judgement".

"It therefore urged the authorities to ensure the applicant's immediate release."

Amnesty International's Europe Director Nils Muiznieks welcomed the committee's close monitoring of their situation and said their detention "made a mockery" of a human rights action plan announced last week by Erdogan.

"Osman Kavala and Selahattin Demirtas have been arbitrarily and unjustly deprived of their liberty for years, despite the binding Court decisions that they be released.

"This action plan and Turkey's generic platitudes cannot hide the reality (that in Turkey) freedom of expression is ruthlessly punished," he said.

Demirtas was convicted of disseminating terror propaganda in 2018 and is facing other charges that could see him sentenced to 142 years behind bars.

The ECHR ruled in December that Turkish authorities violated Demirtas' rights to free speech and called his jailing "cover for an ulterior political purpose".

The next hearing in Kavala's trial is expected on May 21. He faces life in prison if convicted of charges of seeking to overthrow the state in 2013 protests and the 2016 failed coup bid which he denies.

Demirtas has been held in jail since November 2016 and Kavala since October 2017.