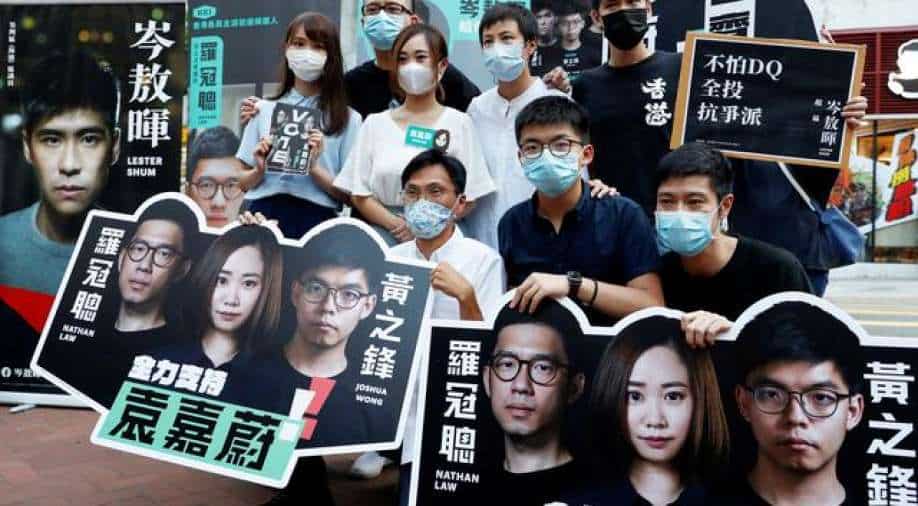 The European Union has hit out at China for the political conditions in Hong Kong, describing it as an "alarming political deterioration" and a "severe erosion of autonomy, democracy and fundamental freedoms".

According to South China Morning Post, the bloc`s annual report on the city hit out at the tightening grip of Beijing on Hong Kong affairs, the "chilling effect on the exercise of protected rights and freedoms" brought by the national security law (NSL), and an uptick in "self-censorship in the media, academia and civil society".

"The wide-ranging nature of the National Security Law (NSL) offences, and the uncertainties over how they will be applied, have provoked serious concerns and have had a chilling effect on the exercise of protected rights and freedoms in Hong Kong. While there has been little overt censorship in response to the NSL, and no pro-democracy publications have faced outright closure, the trend towards self-censorship in the media, academia and civil society has accelerated," the report read.

EU High Representative/Vice-President Josep Borrell, in a statement, said that over the course of 2020, the bloc witnessed an "alarming political deterioration in Hong Kong. The National Security Law imposed by Beijing is being used to crack down on pro-democracy forces, stifle dissent and pluralism, and erode fundamental freedoms."

"The arrest of dozens of pro-democracy activists in January this year confirmed that this trend is accelerating. China is consciously dismantling the `One Country, Two Systems` principle in violation of its international commitments and the Hong Kong Basic Law. The regressive electoral changes approved yesterday in Beijing are yet another step down this path," Borrell added.

The group said the tightening of mainland authorities` grip on Hong Kong affairs was evidence that the city`s autonomy was under threat."Fears about the vulnerability of `one country, two systems` were compounded in April when the Hong Kong Liaison Office (HKLO), representing the mainland authorities in Hong Kong, asserted that it was not bound by the obligation of non-interference in Hong Kong affairs enshrined in the Basic Law," the report said.According to the South China Morning Post, the Hong Kong government dismissed the EU`s report as "biased and ungrounded political smearing".

The National People`s Congress (NPC) on Thursday passed the resolution by a near-unanimous vote, paving the way for the biggest shake-up to the city`s electoral system since its return to China in 1997, reported South China Morning Post (SCMP).

A total of 2,895 delegates voted in favour of the proposal, which will authorise its standing committee to finalise the details of the electoral reform process and applauded for the longest period after the Hong Kong electoral proposal was passed.

Under the new electoral system, NPC members and the Chinese People`s Political Consultative Conference, the country`s top political advisory body, will be part of the Election Committee in the selection process of the city`s leader next year, reported Xinhua news agency.

Less than a year after imposing the draconian National Security Law, China last week had launched a legislative process for drastic electoral system reform in Hong Kong, which could benefit the pro-establishment camp and further quash the political opposition in the city.

The Election Committee will be expanded to add these 300 Beijing loyalists and the Legislative Council will also be expanded to 90 seats from 70.Although Chinese officials have insisted that the measures are necessary to establish a `democratic electoral system with Hong Kong characteristics`, critics have warned that it would limit the space for the opposition in the city and roll back years of effort to liberalise the system, reported SCMP.Ahead of the NPC`s vote on the electoral measures, Britain said the proposed changes to Hong Kong`s electoral system would be another attack on the former British colony`s rights and freedoms.