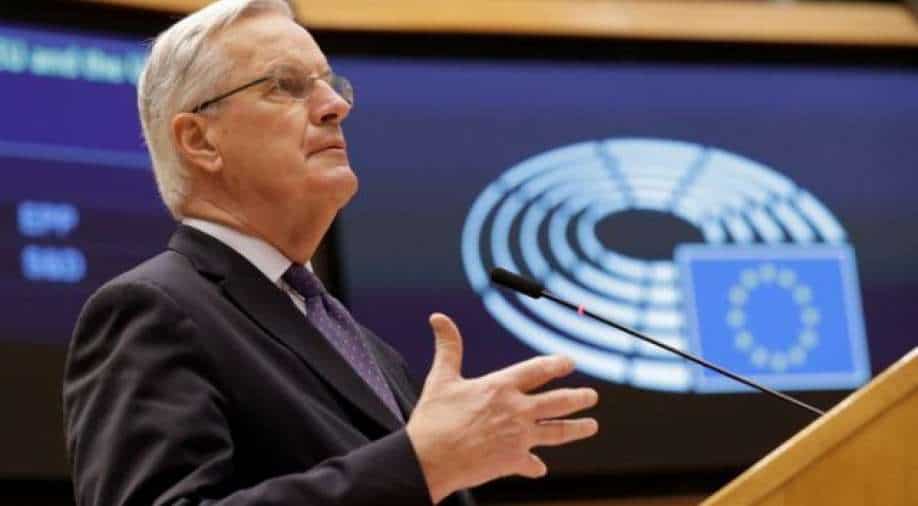 Several hours after EU chief negotiator Michel Barnier told London that there were just hours left to navigate a "very narrow" path towards a deal, Johnson said the British door was open but that the EU should see sense and compromise.

The European Union said on Friday there were just hours left to strike a Brexit trade deal with the UK as the two sides race to prevent a turbulent finale to the crisis at the end of the month.

Britain, on its part, called on the bloc to see "sense". Several hours after EU chief negotiator Michel Barnier told London that there were just hours left to navigate a "very narrow" path towards a deal, Johnson said the British door was open but that the EU should see sense and compromise.

According to Reuters, talks were due to continue on Saturday.

Both London and Brussels are demanding the other compromise amid a flurry of often conflicting messages that say, variously, a deal is possible, a deal is in serious trouble or that a deal is imminent.

"It's the moment of truth," Barnier had earlier told the European Parliament in Brussels.

Johnson said Britain would keep talking but that he would not compromise on taking back control of its laws and its fishing waters - which he sees as the fundamental point of leaving the EU.

"Our door is open, we'll keep talking but I have to say things are looking difficult," Johnson told reporters. "We hope that our EU friends will see sense and come to the table with something themselves - because that's really where we are."

Britain formally left the EU on January 31 after its 2016 referendum but since then, it has been in a transition period under which rules on trade, travel and business remain unchanged. That period ends on December 31.

An accord would ensure that the goods trade which makes up half of annual EU-UK commerce, worth nearly a trillion dollars in all, would remain free of tariffs and quotas.

Britain says the talks are stuck on two issues - the so-called level playing field and fishing - and has repeatedly said the EU has to budge or there will be no deal.

"We have very little time remaining, just a few hours to work through these negotiations in a useful fashion if we want this agreement to enter into force on the first of January," Barnier said.

While Barnier said the sides were striving for an agreement, he said the 27-nation bloc would not sign a deal that undercut its cherished single market of 450 million consumers.

Johnson, the face of the 2016 Brexit campaign, will ultimately have to decide whether to accept the narrow deal on offer from the EU or risk the economic chaos - and applause from hardline Brexiteers - that walking away would trigger.