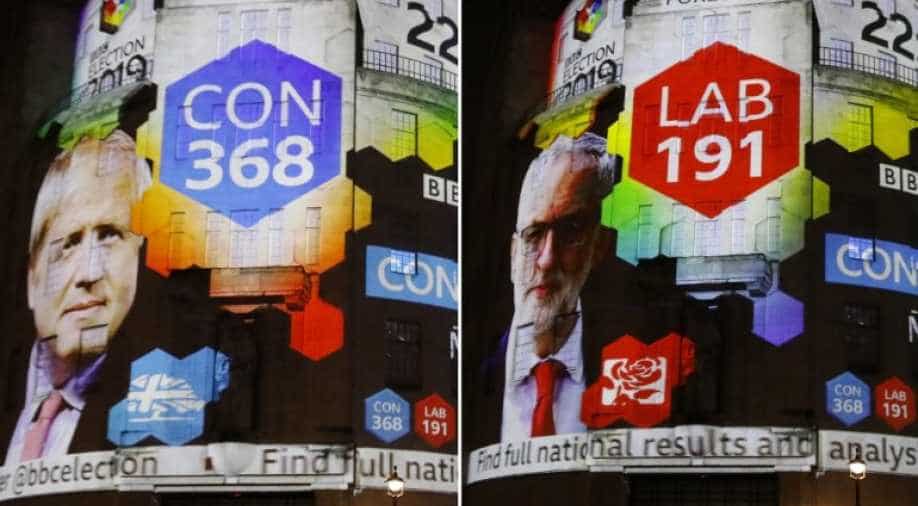 Some officials at the EU summit in Brussels expressed relief as exit polls arrived from across the Channel, predicting a workable parliamentary majority for the pro-Brexit premier.

Some officials at the EU summit in Brussels expressed relief as exit polls arrived from across the Channel, predicting a workable parliamentary majority for the pro-Brexit premier.

"We will wait and we will see what will be the official results but there is a strong message we will give tomorrow," said summit host and new president of the European Council Charles Michel.

"We are ready for the next steps and we will see if it's possible for the British parliament to accept the Withdrawal Agreement and take a decision," he said.

France's minister for European affairs, Amelie de Montchalin, said that -- if confirmed -- the results would comfort President Emmanuel Macron, who has long wanted to see London ratify the Brexit withdrawal agreement and leave the bloc on January 31 as planned.

"If the exit poll results are confirmed it should allow for a clear majority, something that has been missing in the United Kingdom for several years," she said.

"It's not for me to be relieved -- or worried -- but, along with the president, we've been saying for several months: 'We need clarity'."

The EU leaders have a Brexit text ready to adopt on Friday at the end of their two-day summit.

According to the latest draft, seen by AFP, the 27 other EU leaders will restate their support for Britain's "orderly withdrawal on the basis of the Withdrawal Agreement" signed by Johnson at a previous summit and call "for its timely ratification and effective implementation."

And they will ask the European Commission to submit "a draft comprehensive mandate for a future relationship with the UK immediately after its withdrawal."

While Barnier will direct trade negotiations, the leaders will follow closely "and provide further guidance as necessary fully consistent with the EU's best interest and with the aim of reaching a result that is fair and equitable for all Member States and in the interest of our citizens."

As he arrived at the summit on Thursday, Irish Prime Minister Leo Varadkar did not endorse Johnson's vow to "Get Brexit Done", but stressed the need for a decisive verdict.

"I imagine most prime ministers and presidents will be staying up all night to watch the results, so we'll all be a bit bleary eyed in the morning," he told reporters ahead of the summit.

"Obviously, it's entirely a decision for the people of the UK to elect whatever government they want and I just hope the result is decisive so that we know where we're going over the next few months."

Johnson made a career as a journalist and later as a leader of the pro-Brexit movement by criticising the European Union, making several enemies in Brussels.

But, after three years of chaotic attempts to agree separation terms in the wake of the 2016 British exit referendum, many EU leaders are resigned to Johnson representing their best chance of an orderly divorce.

Ahead of the exit poll forecasts, Luxembourg's Prime Minister Xavier Bettel said the next British leader should have a majority "to fulfil the agreements we decided on both sides".

And he called for "a parliament in London that agrees on the future relationship, and all these things very quickly".