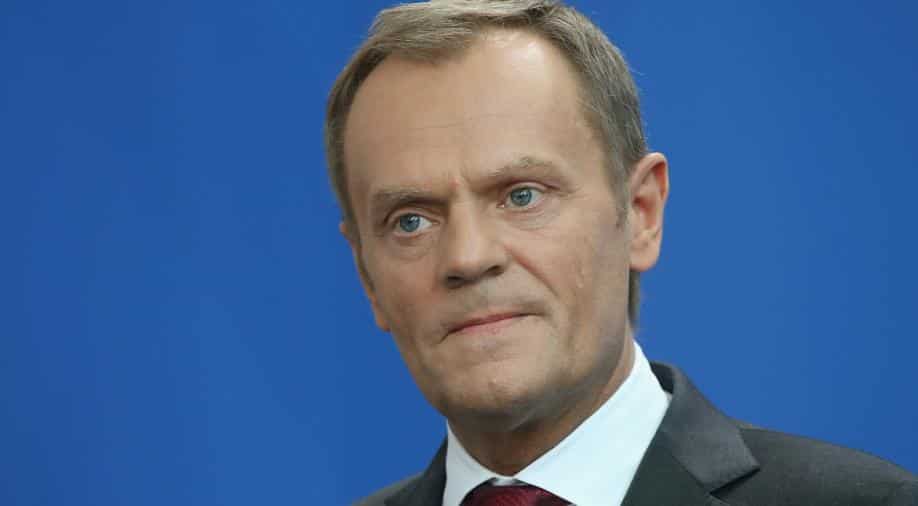 Follow Us
European Union president Donald Tusk on Tuesday cautioned China to respect the international system, as the world's second-largest economy finds itself locked in disagreements over maritime law and global trade practices. His comments preceded a judgement from a UN-backed tribunal declaring that China had no "historic rights" in the strategically vital South China Sea, a ruling swiftly rejected by China's foreign ministry.

Speaking in Beijing at the start of the EU-China summit, Tusk called on the Asian country to protect the "rule-based international order", saying the task "may be the biggest challenge ahead of us".

The global framework of laws and regulations "brings so many benefits to our nations", Tusk said, adding: "If many start believing that globalisation and international trade are happening without or against common rules, then the first victims will be Chinese and European economies, not to mention people."

His comments followed remarks by Chinese Premier Li Keqiang that the meeting is "an active signal that clearly states that we are two important powers safeguarding world peace and development".

Earlier in the day, China cancelled a pre-arranged press conference with the leaders, EU representatives said.

The EU is in the process of considering whether or not to grant China market economy status, a designation that would make it much harder for major economies to fight Beijing over alleged unfair trading practices.

Opposition to granting the status has focused on complaints that China has violated global trade rules, most notably selling steel at below market prices.

Tusk also referred to the South China Sea dispute between Beijing and Manila ahead of the decision from the Hague-based tribunal, saying "the rule-based international order is in our common interest, and both China and the EU have to protect it, as this is in our peoples best interests."

China asserts sovereignty over almost all of the strategically vital waters in the face of rival claims from its south-east Asian neighbours. To bolster its position it has rapidly turned reefs into artificial islands capable of hosting military planes. Manila lodged its suit against Beijing in 2013, challenging China's claims to much of the waterway and saying it was in violation of the UN Convention on the Law of the Sea (UNCLOS), to which both countries are signatories.

Beijing insists the tribunal has no jurisdiction over the issue and that it will ignore the ruling.