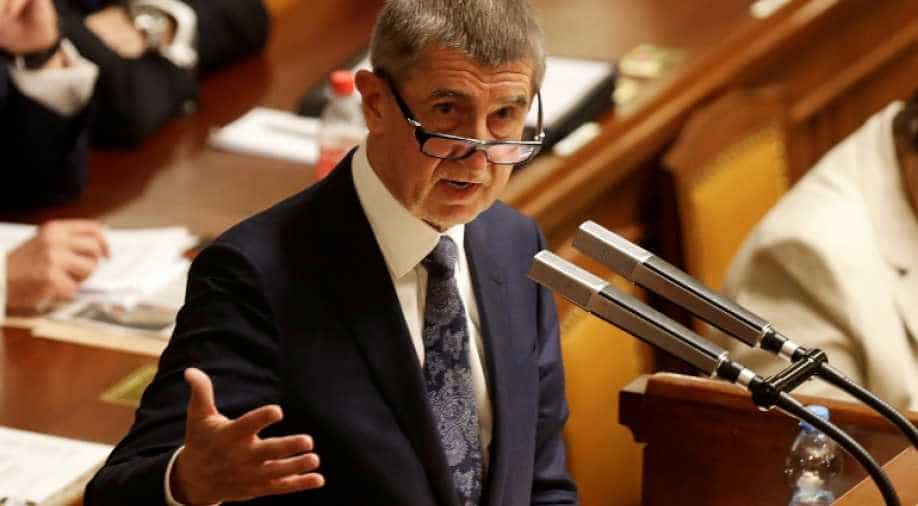 Andrej Babis denied any wrongdoing on Saturday following publication of media reports about the confidential document, which is meant to inform decisions by the European Union's executive.

Billionaire Czech Prime Minister Andrej Babis has a conflict of interest over EU funds received by companies in which he is a beneficiary and should cut ties with the firms, according to a European Commission legal opinion seen by Reuters.

Babis, who before becoming premier in December 2017 served as finance minister since 2014, denied any wrongdoing on Saturday following publication of media reports about the confidential document, which is meant to inform decisions by the European Union's executive.

The legal opinion said "the situation of Mr Babis qualifies as a conflict of interest," which could require the reimbursement of EU funds and should be remedied by severing links to the involved companies.

It said Babis was the "sole beneficiary" of two trusts into which shares of Agrofert and the Agrofert group were transferred.

The companies, through a network of dozens of agriculture, chemical and food-processing businesses, received EU funds worth 82 million euros ($92 million) in 2017 and many more in previous years.

"I'm in no conflict of interest, I act strictly by the law," Babis told Reuters on Saturday.

"I don't control or direct the trust funds, because I don't even have time for it, being fully occupied by the prime ministerial job," he said, adding that he had not seen the European Commission legal opinion.

The document, however, said that even if he were not in a position of control, the situation would still qualify as a conflict of interest "because he has an interest in the economic success" of those companies.

It suggested the setting up of a blind trust as a way to end the conflict of interest, but underlined that Czech authorities were primarily in charge of taking action.

Babis and his family should "sever all relations" with the two companies to address his conflict of interest, the opinion said. Babis' wife is one of the beneficial owners of the trust funds and sits in the board that oversees their management, the EU legal document says.

A spokesman for Agrofert said the company had no information about any investigation and had not been contacted about the matter.

"We will wait for an official statement from the European Commission. Andrej Babis did everything that the Czech legal system required," the spokesman added.

A spokesman for the European Commission was not immediately available for a comment.