EU agrees to extend sanctions against Russia until mid-2017 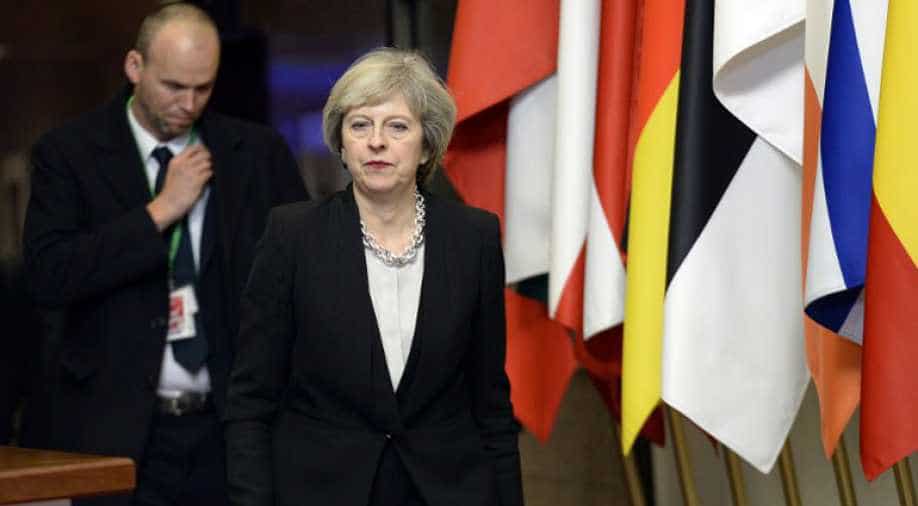 British PM Theresa May leaves at the end of the EU Summit in Brussels on December 15. Photograph:( AFP )

European Union leaders agreed on Thursday to extend the bloc`s main economic sanctions against Russia over the turmoil in Ukraine for six months until mid-2017, diplomats said.

The decision was expected and the formal process to extend the sanctions on Russia`s defence, energy and financial sectors will take place early next week, they said.

"We welcome unanimous decision by the EU to extend economic and sectoral sanctions against Russia," Ukraine`s president, Petro Poroshenko, said in a statement.

"I am sincerely grateful for unwavering unity and solidarity of the European leaders in restoring Ukraine`s sovereignty and territorial integrity, including Crimea."

The bloc slapped sanctions on Russia after it annexed Ukraine`s Black Sea peninsula of Crimea from Ukraine in 2014 and stepped them up as Moscow went on to support a separatist rebellion in Ukraine`s industrial east.

The conflict is not resolved and has killed nearly 10,000 people.

The decision was also meant as a signal to US President-elect Donald Trump, who takes office on January 20 and has worried the EU with his promises to seek a rapprochement with Russia.

"It would send a very bad signal vis-a-vis Trump if we shied away from this extension, or prolonged them by a shorter period of time," a senior EU official said.

Poland was among the EU states that wanted a longer extension of the sanctions, but Italy has been a leading voice in the bloc in calling for re-establishing business ties with Moscow.

Despite threats in October by some EU leaders, the bloc has shied away from slapping new sanctions on Russia over the conflict in Syria.

In a separate decision on Thursday, EU leaders agreed to spell out limits to a landmark cooperation accord with Ukraine in order to address Dutch concerns and prevent the deal from falling through.