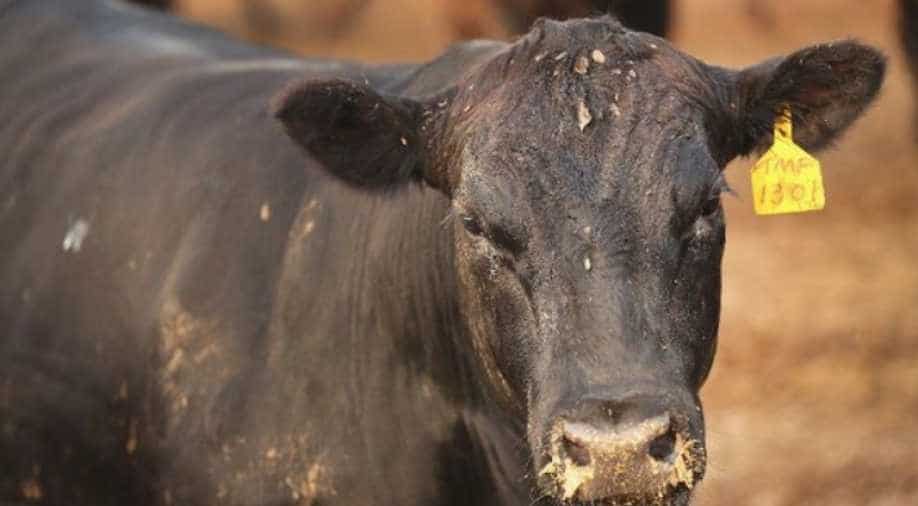 US ambassador Woody Johnson said Britons were being fed 'inflammatory and misleading terms' such as hormone beef to smear US agriculture. Photograph:( AFP )

Woody Johnson said Britons were being fed 'inflammatory and misleading terms' such as chlorinated chicken and hormone beef to cast US agriculture in 'the worst possible light'.

The US ambassador Woody Johnson to Britain on Saturday denounced a "smear campaign" against American agriculture as Washington and London try to pave the way to a post-Brexit trade deal.

Woody Johnson said Britons were being fed "inflammatory and misleading terms" such as chlorinated chicken and hormone beef to cast US agriculture in "the worst possible light".

Britain is due to leave the European Union on March 29 and will be free to strike its own trade deals afterwards.

"We Americans are now ready to negotiate the most ambitious and comprehensive trade deal in the history of our special relationship," Johnson wrote in The Daily Telegraph newspaper.

"And, of course, we want agriculture to be part of those negotiations -- it is a great opportunity for both of us.

"But the British public has been led to believe otherwise."

He said Britons were being presented with a false choice between sticking with European Union directives or being flooded with US food "of the lowest quality".

"It's time the myths are called out for what they really are: a smear campaign from people with their own protectionist agenda."

He accused the EU of following a "museum of agriculture" approach, while US farmers were using new scientific and technological tools to become more productive.

A spokeswoman for British Prime Minister Theresa May's Downing Street office said: "We have always been very clear that we will not lower our food standards as part of a future trading agreement."

Meanwhile, Minette Batters, president of Britain's National Farmers' Union, said: "It is imperative that any future trade deals, including a possible deal with the USA, do not allow the imports of food produced to lower standards than those required of British farmers.

"British people value and demand the high standards of animal welfare, environmental protection and food safety that our own farmers adhere to.

"These world-leading standards must not be sacrificed in the pursuit of reaching rushed trade deals. We should not accept trade deals which allow food to be imported into this country produced in ways which would be illegal here."