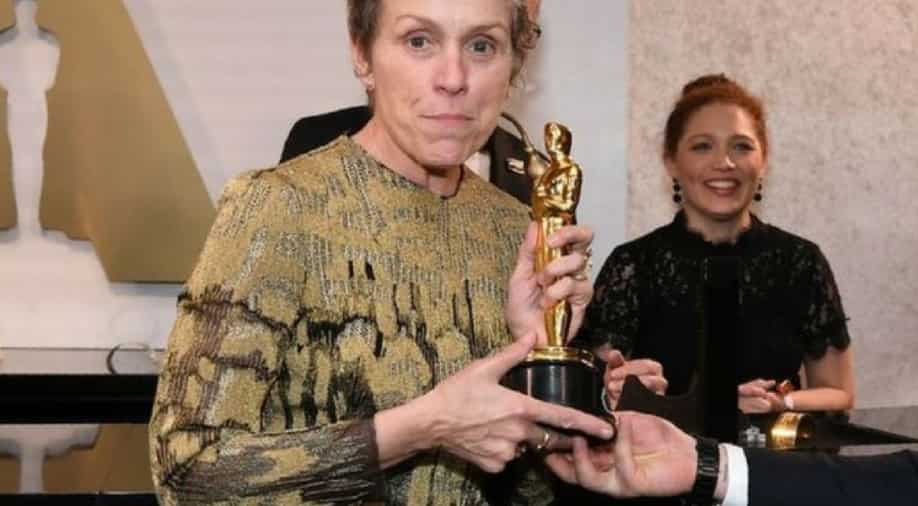 The man who allegedly stole Frances McDormand's Oscar pleaded not guilty at a court in Los Angeles Wednesday to a charge of felony grand theft.

Identified as Terry Bryant, 47, he had been in police custody on a grand theft charge and was being held on $20,000 bond. After Wednesday's court arraignment, Bryant was released without bail after the judge ruled that he did not pose a flight risk.

Bryant was arrested on March 4 night after McDormand's award went missing briefly at the lavish Governors Ball party in Hollywood, where Academy Award winners have their statuettes engraved.

The Oscar was retrieved and later returned to McDormand.

Bryant posted a video of himself in a tuxedo at the event holding an Oscar statuette and telling other guests he was a winner. It was not immediately clear in what capacity he was attending the event, but police said he had a ticket.

McDormand, 60, won her second acting Oscar for her role as an angry, grieving mother in "Three Billboards Outside Ebbing, Missouri."

As of now, Bryant is due back in court later this month.