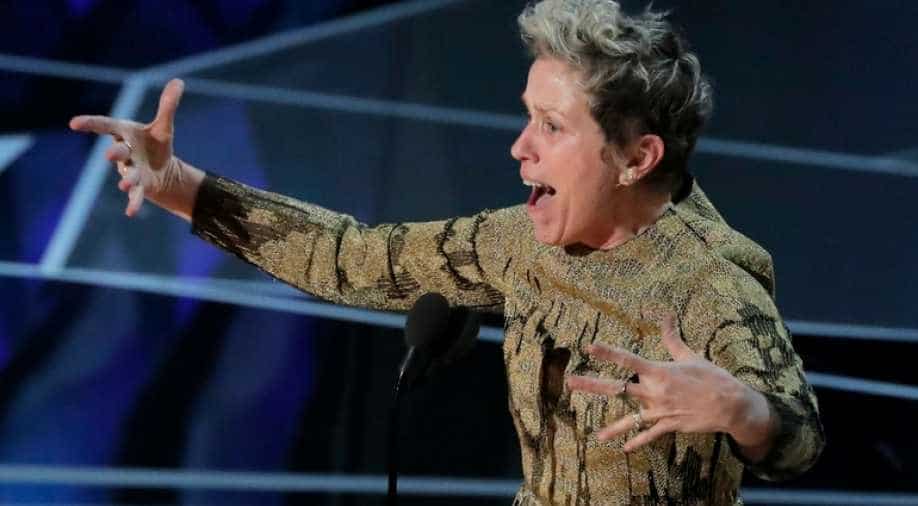 Frances McDormand has won Best Actress at the 90th Academy Awards for her roll in the drama film Three Billboards Outside Ebbing, Missouri.

Frances Louise McDormand was born on June 23, 1957 in Gibson City Illinois and was adopted by a couple from Canada when she was one and a half years old.

She won her first Academy Award in 1997 for playing Marge Gunderson in Fargo. She is the recipient of numerous accolades, including two Academy Awards, two Primetime Emmy Awards, and a Tony Award, which makes her one of the few performers to receive the Triple Crown of Acting.

McDormand's first professional acting job was in Derek Walcott's play Trinidad and Tobago, which was funded by the MacArthur Foundation. In 1984 she made her film debut in Blood Simple, the first film by the Coen brothers.

Her other film roles include Mississippi Burning (1988), Almost Famous (2000), and North Country (2005), for which she received three nominations for the Academy Award for Best Supporting Actress.

McDormand made her Broadway debut in a 1984 revival of the drama Awake and Sing!, and received a nomination for the Tony Award for Best Actress in a Play for her acclaimed performance as Stella Kowalski in a 1988 revival of A Streetcar Named Desire.

In the black comedy-drama, Three Billboards Outside Ebbing, Missouri, McDormand plays Mildred, the disillusioned and angry mother of a young woman whose murder has gone unsolved in her small-town American community.

McDormand has appeared in over 60 movies and TV series and has received 85 nominations and 80 awards as well as two Oscars in total.

Another love tweet to Frances McDormand. You’re my everything ❤️

Frances McDormand ❤️❤️❤️ and all the amazing women. ????