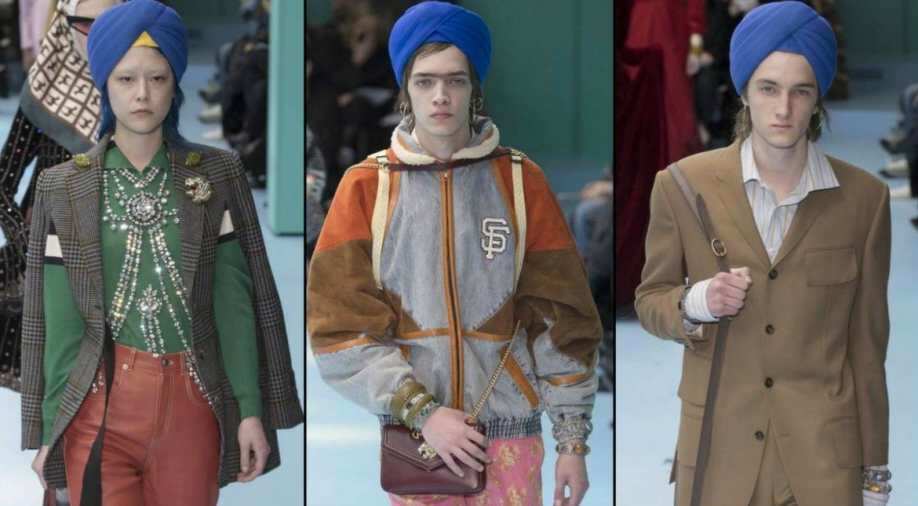 With growing insensitivity and an inappropriate showcase of the minority culture in Americas and UK, Twitter users slammed Gucci for launching it's Autumn/Winter 2018 collection during Milan Fashion Week with models sporting Sikh turbans.

As the models walked down the runway wearing what looked like traditional Sikh turbans as they flashed latest Gucci collection, social media users felt it was callous on part of the brand to not understand the history behind wearing the turban with some even finding a problem at the way it was wrapped on the head.

Dear @gucci, the Sikh Turban is not a hot new accessory for white models but an article of faith for practising Sikhs. Your models have used Turbans as ‘hats’ whereas practising Sikhs tie them neatly fold-by-fold. Using fake Sikhs/Turbans is worse than selling fake Gucci products pic.twitter.com/gCzKPd9LGd

how is it that a turban can be a hot new accessory for white @gucci models but when a brown man wears one he's a target for violence? they love to steal & sell our culture, but they don't love us. #culturenotcostume https://t.co/OGjaB9WxDQ pic.twitter.com/D6KtUEO8nU

This is unacceptable and offensive @gucci. Wearing another religions article of faith is not fashion, its appropriation! Sikh men are profiled and discriminated against every day for wearing a turban, yet when you put in on a white person, it’s suddenly fashionable and cool?!?! pic.twitter.com/UD0wWjaju5

The fact that you think a towel wrap equals a turban but showcase how ignorant you are. Educate yourself. A turban is a symbolic part of my religion. It’s not a fashion statement that can be used when it’s convenient for designers.

Some also felt that using white models for the show when the brand wanted to pair the turban with designer clothes was just pure "insensitivity". The users pointed out that brown models and even better Sikh models who already sport a turban should have been used instead of white people.

@gucci HMU next time you need someone who really wears a Turban to model for y’all instead of making random people wear a Turban lol pic.twitter.com/3us3LX6oeD

Canadian actor and model Avan Jogia began the backlash with his tweet asking the brand, "could you not find a brown model?"

Yo.. @gucci ... I mess with you guys... but this isn't a good look for you... could you not find a brown model? pic.twitter.com/INqxwrfB0t

The fashion house is yet to address the issue.