Election will decide whether we save the American dream, says Trump at Republican National Convention 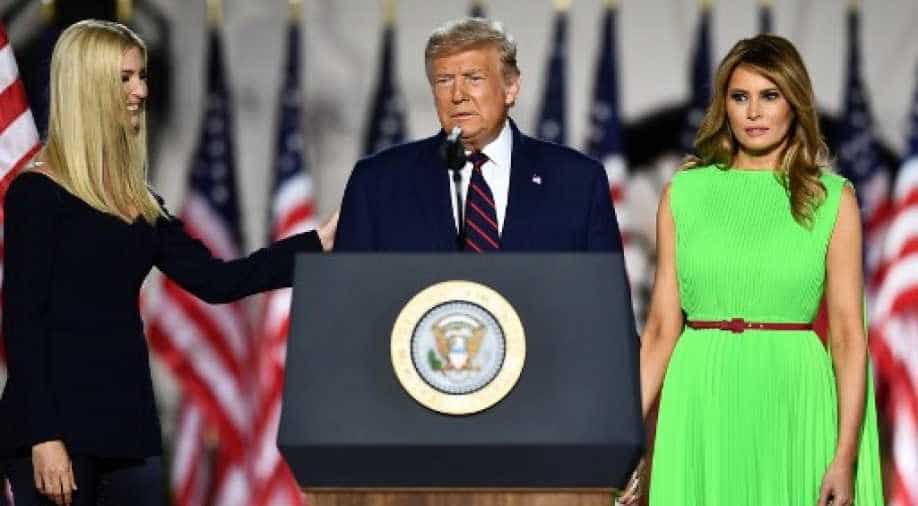 US President Donald Trump speaking at the Republican National Convention from the White House said that "America is not a land cloaked in darkness, America is a torch that enlightens the entire world."

Trump who accepted the Republican party nomination for reelection earlier, said,"the party of Abraham Lincoln goes forward, united, determined and ready to welcome millions of Democrats and Independents and anyone who believes in the greatness of America."

"America is not a land cloaked in darkness, America is a torch that enlightens the entire world," the US president said.

"If we don't win, your second amendment doesn't have a chance," he said. The president promised to "race to 5G" and "build missile and "cyber defence".

Trump said the election to "decide whether we save the American dream or whether we allow a socialist agenda to demolish our cherished destiny".

The US president said that "instead of following science, Joe Biden wants to inflict a painful shutdown on the entire country".

"We also recognised Israeli sovereignty over the Golan Heights. We achieved the first Middle East peace deal in 25 years," he said while promising to keep America "out of costly foreign wars".

Trump asserted that the US will "crush" COVID-19 with a vaccine "this year", while promising to create 10 million jobs in the next 10 months.

"We are marshalling America's scientific genius to produce a vaccine in record time, we will have a safe and effective vaccine this year," he said.

"Over the next four years, we will make America into a manufacturing superpower of the world. We will expand 'Opportunity Zones' and bring home medical supply chains and end our reliance on China once and for all."