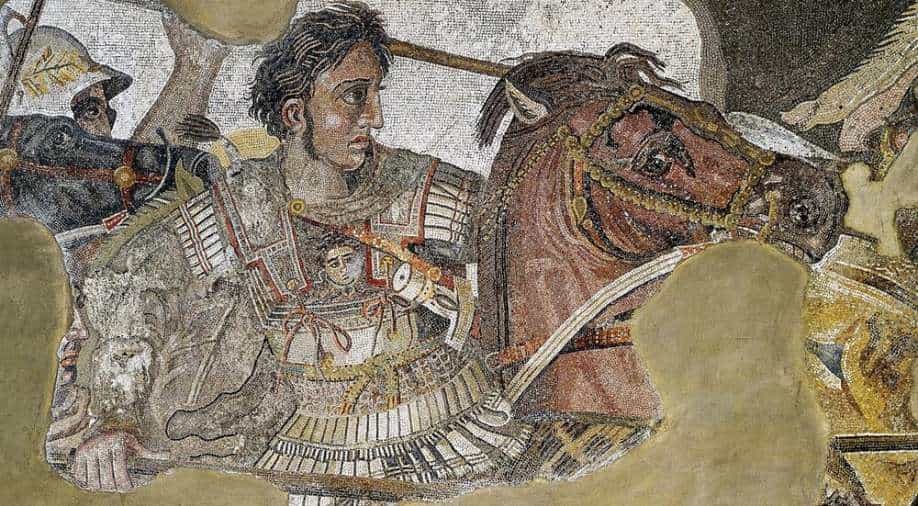 Mosaic of Alexander's charge during the Battle of the Granicus. Photograph:( Twitter )

Alexander III of Macedon, also known as Alexander the Great, was a Greek king who ruled the ancient Greek kingdom of Macedon. He was born in 356 BC in Pella, Greece, as a member of the Argead dynasty.

The Egyptian Ministry of Antiquities has discovered a statue of Alexander the Great within an ancient "residential and commercial zone" in Alexandria that they believe was a trade centre during the Ptolemaic period.

After 9 months of digging, the archaeologists made their discovery.

At the site, the team discovered moulds for statues of Alexander the Great, as well as an alabaster bust of the legendary ancient leader.

Among these items were materials for making warrior amulets.

As they explored the al-Shatby neighbourhood of Alexandria, "the mission discovered a large network of tunnel tanks painted pink for storing rain, flood, and groundwater to be used during the draught time," said Mostafa Waziri, Secretary-General of Egypt's Supreme Council of Antiquities, to the Xinhua news agency.

Waziri went on to describe the town's layout: "it was composed of a main street and several branch roads that were all connected by a sanitation network."

He believes the area was active between the 2nd and 4th centuries B.C.

The ruins of the area's buildings, combined with the artefacts discovered there, have led the team to believe that the town once had a bustling market selling pots and workshops for the creation of statues, amulets, and other items.

Alexander III of Macedon, also known as Alexander the Great, was a Greek king who ruled the ancient Greek kingdom of Macedon.

He was born in 356 BC in Pella, Greece, as a member of the Argead dynasty.

At the age of 20, he succeeded his father, King Philip II, to the throne and spent the majority of his reign conducting a lengthy military campaign throughout Western Asia and Northeastern Africa.

After Rome, Alexandria was once the second-most powerful city in the ancient Mediterranean region.

In recent years, Cairo has announced a slew of archaeological discoveries in the hopes of reviving a vital tourism sector battered by a 2011 uprising, insurgent attacks, and the coronavirus pandemic.