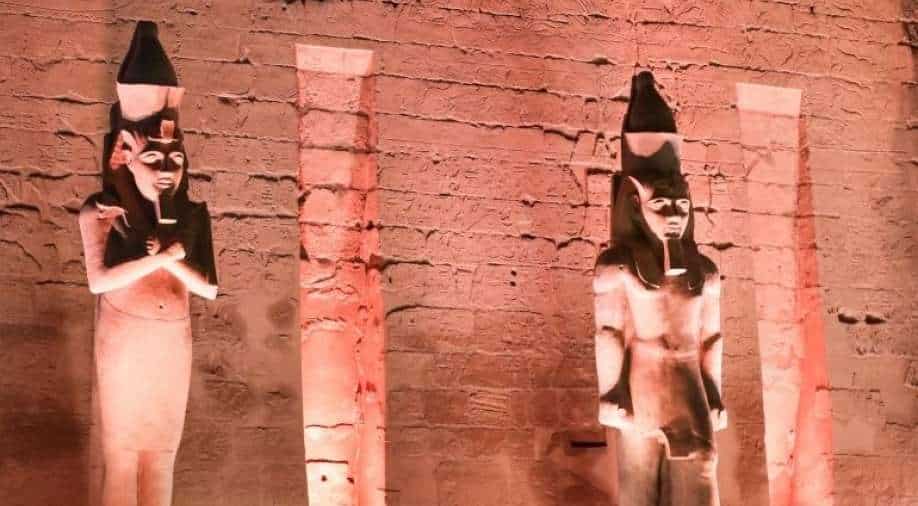 The restored Avenue of the Sphinxes or Road of the Rams, a 34000-year-old avenue that connects Luxor Temple with Karnak Temple, in Luxor, Egypt Photograph:( Twitter )

A 2.7 km road connects two ancient Egyptian temple complexes in Karnak and Luxor where the Avenue of the Sphinxes is located

The Avenue of the Sphinxes in Luxor, which is 3400-year-old, has been re-opened after renovation.

A grand ceremony was held to celebrate the re-opening, which included a re-enactment of the Opet Festival.

In this festival, statues of Theban deities were paraded annually during the New Kingdom era in celebration of fertility and the flooding of the Nile.

Aimed at raising the profile of one of Egypt's top tourist spots, it highlights the country’s archaeological treasures.

President Abdel Fattah al-Sisi marched along the road at the start of the ceremony.

Mohamed Abd el-Badei, a top Egyptian archeology official, said the oldest ruins along the pathway are six structures built by Queen Hatshepsut, Egypt’s only woman pharaoh, that date to 1400 B.C.

A 2.7 km road connects two ancient Egyptian temple complexes in Karnak and Luxor where the Avenue of the Sphinxes is located.

Also known as Road of the Rams, it is lined with hundreds of ram- and human-headed sphinxes, though over the years many have been eroded or destroyed.

Tourism is a crucial source of jobs and a hard currency for Egypt. But has suffered adversely due to the coronavirus pandemic.

The country's revenues had plunged to about $4 billion in 2020, down from $13 billion in 2019. Now, it is making a concerted effort to lure back the travellers.

It is the second ceremony this year to honour the heritage of historically rich Egypt.

In April, the government hosted a procession to mark the transfer of some of the famous mummies from the Egyptian Museum in Cairo to the newly built museum south of the Egyptian capital.