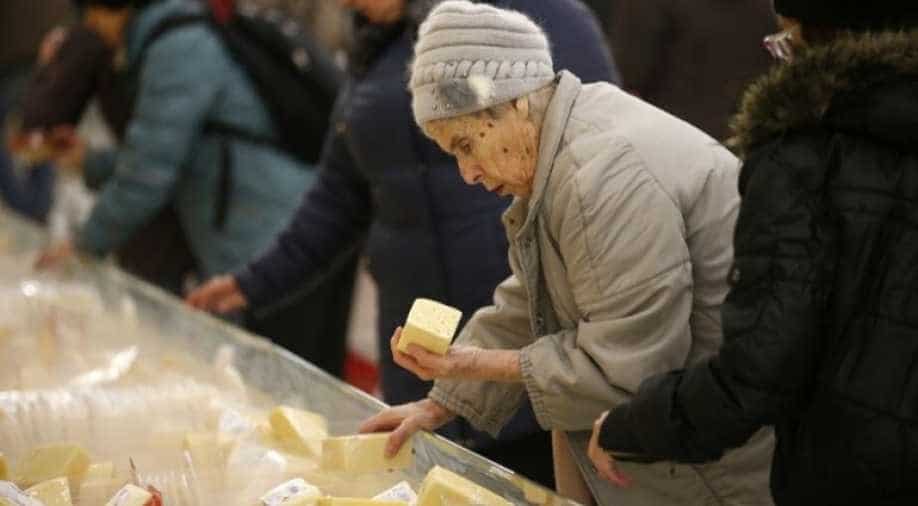 French people have been told to eat more cheese to help the crippling cheese industry, which decreased by 60%.

How far will you go to save your country? Back in 1916, workers left their factories to head to battlefields. During the second world war, germans raced against the british to build jet engines.

Now, 80 years later, the french are eating cheese. That's how the brave people of France are saving their country, by stuffing their faces with cheese.

At least that's what the cheese makers want. You see, the french dairy industry is in utter distress. Cheese sales have dropped by 60%.

The pandemic had put a lock on french restaurants and markets. People stopped buying cheese over health fears. As a result, thousands of tonnes of cheese is just lying on shelves; maggots have been eyeing them.

But the french dairy industry won't let the pests win the war. So, it has issued an SOS call.

The people of France were schooled on their national duty. Eat more cheese, they were told. 'It is your patriotic duty'.

The dairy industry even launched a campaign. Meaning, let's act for cheese.

How could the people of France say no?

The summer clothes could wait another year, but the humble cheese may not make it. If the Belgians can eat more fries, the French can sure make their food more cheesy.

We cannot tell you what's next, whether  trump will ask Americans to eat more hamburger, or Britons will be told to eat more cumberland sausages. Anything can happen in extraordinary times.

For example, empty tulip fields. There are no visitors in the tulip fields of Netherlands. These colourful fields are extremely popular across the world. Last year, the Keukenhof Garden alone attracted 1.5 million visitors. The Netherlands exports 2 billion tulips every year. This year, the country's tulip industry stands to lose around 215 million euros. The tulip farmers have had to shut their farms.

It is the same story in India. The tulip fields of Kashmir and Uttarakhand are in full bloom, but there are no visitors. The pandemic, however, has not stopped people from admiring the flowers virtually.