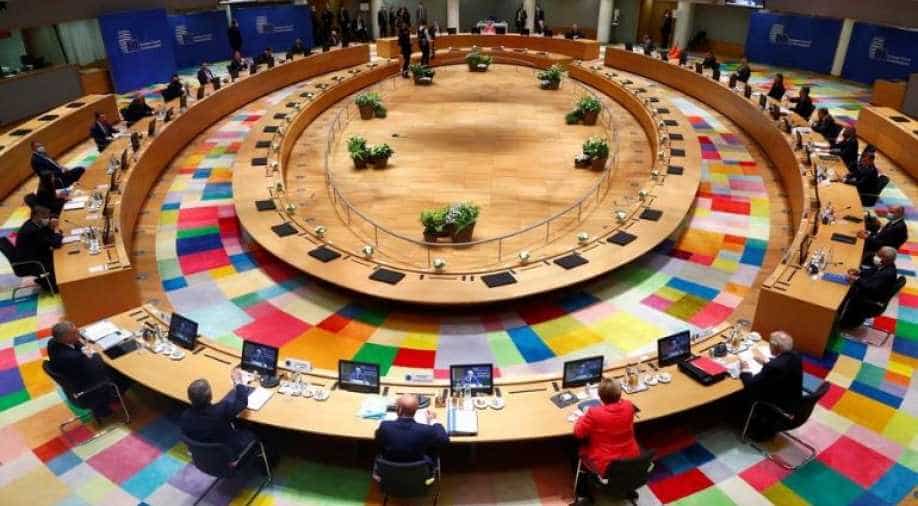 Many of the 27 leaders had their own demands in negotiations crisscrossing different regional and economic priorities.

The Dutch welcomed new proposals on a massive EU stimulus fund on Saturday in a second day of negotiations among the bloc`s leaders though a final deal on how to revive growth stifled by the coronavirus pandemic remained far off.

The talks on Friday were deadlocked over who should control how the money is spent, as Prime Minister Mark Rutte held out against his EU counterparts after 13 hours of negotiations at a summit in Brussels.

With the pandemic dealing many European economies their worst economic shock since World War Two, leaders seek to agree on a 750 billion euro ($856 billion) recovery fund and a 2021-27 EU budget of more than 1 trillion euros.

"I`m doing this for the whole of Europe, because it is also in the interest of Spain and Italy that they emerge from this crisis with strength," Rutte told reporters early on Saturday, referring to the two EU countries most affected by the pandemic.

Many of the 27 leaders — wearing masks in their first face-to-face meeting since February — had their own demands in negotiations crisscrossing different regional and economic priorities.

But the Dutch position highlighted the deep splits in the bloc, as the executive European Commission seeks a mandate to borrow billions of euros on capital markets for the first time.

Fiscally conservative countries such as Austria, Denmark and Sweden are adamant that any new debt should be strictly policed.

The European Parliament must also approve any deal done by leaders.

Bulgarian Prime Minister Boyko Borissov said he saw a route to a compromise by involving EU finance ministers in monitoring new debt, rather than just the European Commission.

Senior EU lawmaker Guy Verhofstadt via Twitter rejected involving finance ministers, however, concerned that the parliament might be sidelined.

"The recovery fund cannot be a pretext to undermine EU democracy," he said.

New proposals
The leaders of France, Germany, the Netherlands, Spain, Italy and the Commission also held talks, meeting in a format once used to discuss Greek debt relief, an issue that dogged the bloc for years.

European Council President Charles Michel, who chaired the summit, then circulated new proposals seen by Reuters which tried to resolve the Dutch demands.

"In the end this is a package and there are many more issues to solve. But the proposal on governance as put forward by Michel is a serious step in the right direction," a Dutch diplomat said in reaction.

"Many issues remain and whether we get there will depend on the next 24 hours."

The exact size of the new EU budget and how far to use payouts as leverage for reforms, or whether to withhold money from countries that fail to live up to democratic standards, were still to be resolved.

A senior diplomat said: "The key question now is whether... we can move on to other issues. There will still need to be a discussion on volume, and that`s before we get into the rule of law."

Hungary, backed by its eurosceptic, nationalist ally Poland, threatened to veto the whole package over a new envisaged mechanism to freeze out countries flouting democratic principles.

Under the new proposals, the portion of grants in the 750 billion euro recovery fund would be reduced to 450 billion euros from 500 billion.

They also call for an `emergency brake` on disbursement of funds, to appease states who want conditions attached to grants and would prefer to see those countries worst affected by the coronavirus crisis take loans.

The proposals would also increase rebates on the multi-year EU budget for Austria, Denmark and Sweden.

"We are not at the end of the negotiation, but this at least provides a basis for negotiation," a second EU diplomat said.