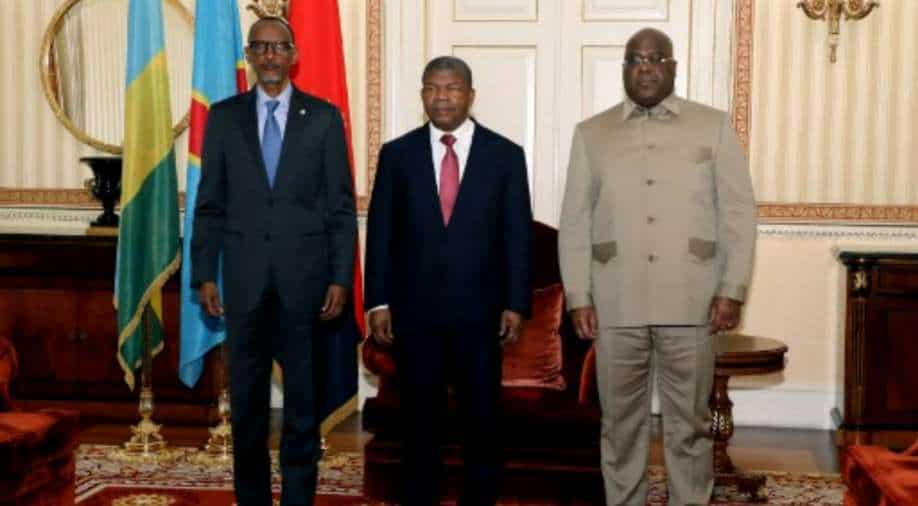 The Democratic Republic of Congo (DRC) and Rwanda on Wednesday (July 6) agreed to a "de-escalation process". The nations agreed following weeks of rising tensions over rebel fighting in eastern DRC.

However, the mediator in the talks, Angolan President Joao Lourenco went further announcing a "ceasefire". But he gave no details.

The DRC has accused Rwanda of backing M23 rebels repeatedly. This accusation has been denied by the central African country.

"I am pleased to announce that we have had positive results, in our view, in that we have agreed on a ceasefire, among other measures," Lourenco said in remarks at the end of the mini-summit attended by Rwanda's Paul Kagame and Congo's Felix Tshisekedi in the Angolan capital Luanda.

Tshisekedi's office said a "roadmap" had been established towards normalising diplomatic ties, including through ending hostilities involving the M23 militia in eastern DRC.

The announcements came after day-long talks which the Rwandan state broadcaster reported had "concluded with an agreed upon roadmap to deescalate hostilities".

But the Rwanda Broadcasting Agency stressed that it was agreed that the issue of M23 "be dealt with domestically within the framework of the Nairobi process."

A mostly Congolese Tutsi rebel group, the M23 -- or "March 23 Movement" -- first leapt to prominence when it briefly captured the eastern Congolese city of Goma in 2012 before it was driven out in a joint UN-Congolese offensive.